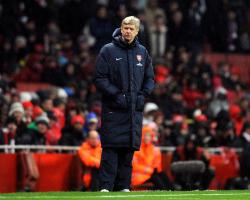 The 51-year-old, currently the assistant manager at Wolfsburg in Germany's Bundesliga, will join Arsenal on July 1 and will succeed Liam Brady in the role.

Brady, currently the Gunners' head of youth development and the academy, will "help to ensure a smooth transition" with Jonker, who spent seven years developing and implementing youth coaching reforms with the Dutch Football Association, the KNVB.

Manager Arsene Wenger told arsenal.com: "I am very pleased that Andries is joining us.

"He has a big reputation in the game and was a key part of the team which developed the structures which are now producing such strong young players in Holland.

"I look forward to working with him. I would also like to thank Liam for his work which has been outstanding over many years."

Jonker has also worked as Holland under-21 and under-15 coach, technical manager of the KNVB and assistant coach to Louis van Gaal at Barcelona and Bayern Munich, where he also had a spell as interim head coach.

Arsenal have long been renowned for nurturing young talent and the club hope Jonker will build on Brady's work.

Arsenal chief executive Ivan Gazidis added: "Youth development is a key part of our philosophy at Arsenal and I am delighted that Andries is joining us.

"He has an outstanding track record in developing and identifying young players and creating systems to bring the best out of them.

"I know he will build on the tremendous work which has been done by Liam and his team over many years."