Ozil has often found himself shunned from the Arsenal team this season under Emery, with a combination of niggling injuries, poor form and a lack of faith from his manager resulting in only 13 appearances in the Premier League this term, with his last start coming on Boxing Day.

He was an unused substitute in the Gunners' ​2-0 victory over Chelsea on Saturday, leaving Mourinho to advise the Spaniard on how to look after the club's highest earning star while commentating for beIN Sports.

"I just feel that Ozil is the kind of player that needs both sides of it. If you are just sweet with him, you lose his natural aggression," the ex-​United boss said, as quoted by the ​Mirror.

"He’s not naturally a very strong, physical player in terms of aggression. [But] if you are too strong with him, and you forget that – he also needs a little bit of care, and a little bit of love - you don’t find the right balance." 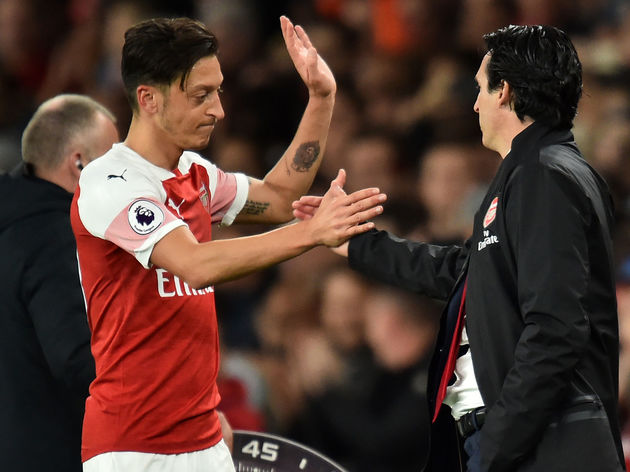 ​Ozil played under Mourinho for three years at Real Madrid, producing some of his best form under the Portuguese manager, before eventually signing for ​Arsenal in 2013. Despite Mourinho's suggestions, he also added that some players simply don't work for certain managers, a possible nod to his past management of ​Kevin De Bruyne and ​Mohamed Salah.

"With me Ozil played amazingly well, maybe not with Unai. And maybe a certain player was phenomenal with Unai, and [wouldn’t] work as well with me," he added.