​Jose Mourinho has claimed Arsenal manager Unai Emery has two options to choose from if he is to get the best out of attacking trio Nicolas Pepe, Alexandre Lacazette and Pierre-Emerick Aubameyang.

Emery opted to start all three forwards for the first time on Sunday in Arsenal's 2-2 draw with Tottenham, with Lacazette and Aubameyang both getting on the scoresheet. However, Aubameyang played from the left wing for much of the game and was largely ineffective until moving into a central area in the closing stages of the contest. 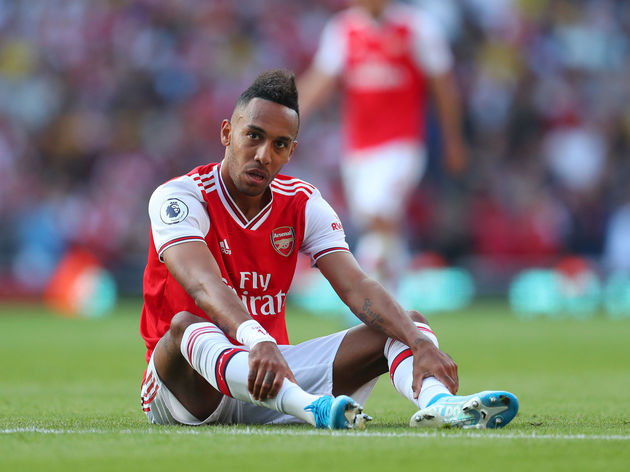 Mourinho told Sky Sports following the north London derby, via The Express: "One [solution] is to play - instead of like today, with three midfield players almost in a straight line - like they played in the last ten or 20 minutes with two [central midfielders] and one No 10 that can feed the three without bringing Lacazette in between the lines."

The former Chelsea and Manchester United manager then revealed another option is to bring Pepe into a central area, allowing the team to use all three forwards when building attacks. He added: "Another situation, it is very possible to bring Pepe from the right in many occasions to the inside.