​Arsenal have expressed an interest in signing Bayer Leverkusen midfielder Kai Havertz, who would act as a direct replacement for Mesut Ozil.

The German midfielder has fallen out of favour this year under new manager Unai Emery, and it's understood that the club are readying a bid for Havertz's services; with their move likely to be made at the end of the season.

Italian publication ​CalcioMercato claim the ​Gunners have been tracking the 19-year-old this season and have identified him as a potential target, should Ozil decide to call time on his career in north London.

Thanks for your support tonight!  #lvl29 #KRAB04 #UEL pic.twitter.com/IahEv6Z3DM

Havertz has appeared in all 21 Bundesliga games for his side this term, scoring eight times and contributing three assists. He has also made his mark in Leverkusen's Europa League campaign, having scored three and assisted three more in the competition.

Ozil's season, meanwhile, has been plagued by inconsistency, and he has started just 13​ Premier L​eague games all year.

On just six occasions has the World Cup winner completed a full 90 minutes in the league thus far and Emery could be ready to offload their highest paid player when the next transfer window swings round.

Should Arsenal's interest in Havertz materialise, the attacking midfielder would serve as a direct replacement, vacating the spaces behind the striker. His impressive performances have even drawn comparisons with the Arsenal man, and Havertz could be ready to fill his number 10 jersey at the Emirates. 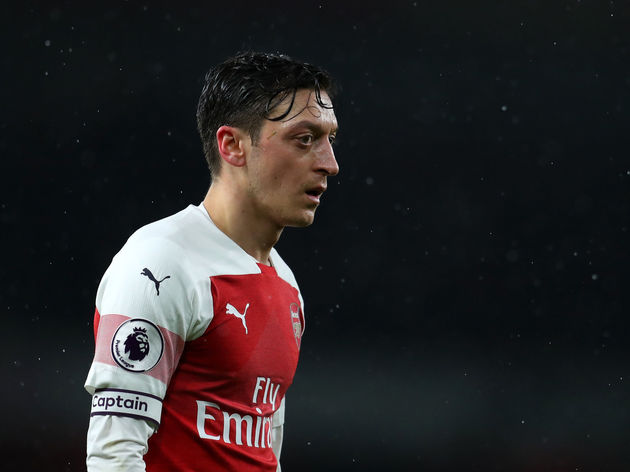 In last month's transfer window, Emery declared the club had insufficient funds to make any permanent signings. Though they did secure the services of Barcelona's Denis Suarez on loan until the end of the season, many are expecting Emery to enjoy a much busier summer in the transfer market as he looks to stamp his authority at the club.