Kallstrom must wait for Gunners bow 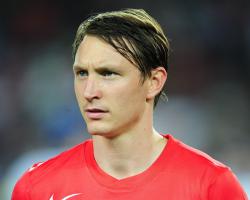 The 31-year-old midfielder moved to the Emirates Stadium on a loan deal until the end of the season on Friday and his arrival was the only incoming business concluded by the Gunners during the transfer window.

Reports in Sweden on Saturday morning suggested the former Lyon man had suffered a long-term injury during his first training session, claiming he could miss a large part of his temporary stay at Arsenal.

But it is understood the back problem was reported ahead of Kallstrom's medical on Friday, rather than being a fresh injury suffered during his maiden session at Arsenal's London Colney training centre.

With the injury being assessed it remains unclear when Kallstrom will be fit to make his debut - but he will definitely miss the Barclays Premier League match against Crystal Palace on Sunday.

Arsenal will be hoping to have him available as soon as possible, with fellow midfielders Jack Wilshere and Aaron Ramsey also injured and Mathieu Flamini serving a four-game ban.

Arsene Wenger's side enter an important month in their search for silverware and, after the home game against Palace, they face a daunting schedule including Premier League and FA Cup tussles with Liverpool, a league visit from Manchester United and the opening leg of their Champions League tie against holders Bayern Munich.