Keown- Gunners can kick on 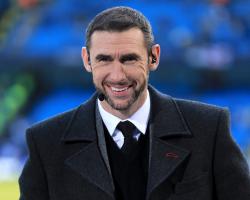 They are second in the Barclays Premier League, seven points behind leaders Chelsea with six games left.

And while Keown believes Jose Mourinho's side have wrapped up the title this time they will be threatened by Arsenal next season.

"Chelsea will win it now but if you ask them next season they won't fear anyone but they will be aware of Arsenal," he said.

"They need to strengthen in one or two positions but I'm not talking about wholesale changes which some others may have to make if they want to compete."

The Gunners finished fourth last season and won their first trophy for nine years after beating Hull 3-2 in the FA Cup final.

They face Reading in the semi-final at Wembley on Saturday aiming to defend the trophy against either Aston Villa or Liverpool in the final.

They are on their best run - winning eight straight league games - since the Invincible season of 2003-04 when Keown played 15 times.

And the 48-year-old said the Gunners are a more complete side than they have been for a while.

"It has to represent progress if you're finishing two positions higher and still in the FA Cup," said the ex-England international, who made 451 appearances for the club and won the Premier League three times.

The players look together.

"The squad is better equipped now, Gabriel is putting (Per) Mertesacker under huge pressure and (Francis) Coquelin is in midfield instead of (Mikel) Arteta and (Mathieu) Flamini who are maybe coming to the end of their careers.

The competition for places creates intensity."

Keown is involved in the McDonald's Accredited Club Kit scheme and over 70,000 kits will be handed to clubs in the UK this year.

He added: "You see the look on their faces and they are very proud of their kit and we want as many clubs to benefit as possible."

:: Martin Keown was speaking at the launch of the McDonald's Accredited Club Kit scheme, in association with the four Home Nation football associations

Throughout 2015, over 70,000 kits will be given away and to find out how your club can claim a free kit visit www.mcdonalds.co.uk/kitscheme