​After just over two weeks of almost complete inactivity in the transfer market, it seems as though Arsenal are finally going to sign some players.

According to ​reports, they are looking at completing three or four deals before the end of the window, but the player closest to signing is PSG left-back Layvin Kurzawa.

It is understood that the deal would be worth around £6m, with some even ​​claiming that the French champions might be willing to forgo a transfer fee given that the full back's contract expires at the end of the season.

Considering the circumstances, this appears to be a sensible piece of business. Left-back is a position ​Arsenal need to strengthen in. Injuries to Kieran Tierney and ​Sead Kolasinac have forced Bukayo Saka to play there out of position, and the Gunners are relatively cash strapped after spending big on transfers last summer.

Kurzawa is an experienced international who can provide yet another attacking threat for Mikel Arteta's side by overlapping down the left flank. He also has the unusual honour of being the only defender to have ever scored a Champions League hat trick.

All of this is great, but it's not what Arsenal need.

The problem for the Gunners has never been going forward. For about 15 years now, their major weakness has been in central defence, and with the Kurzawa signing they're guilty of buying even more icing to put on their cake, before they've even got eggs and flour to form the base underneath it. 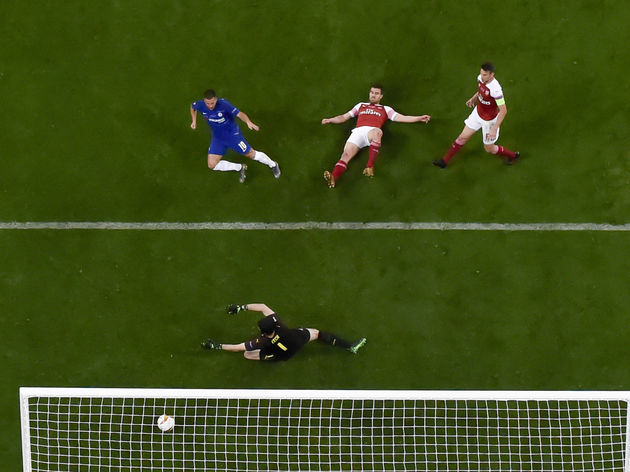 It was the same in the summer. After their 4-1 thumping in the Europa League final at the hands of ​Chelsea, it was clear that Arsenal needed to strengthen at the back immediately. Instead they spent £72m on Nicolas Pepe, brought in 32-year-old ​David Luiz for £8m, the injured Tierney from Celtic and youngster William Saliba from Saint-Etienne, immediately loaned back to the French side.

While Pepe will hopefully go on to be a great player for Arsenal, his signing equated more or less to putting more deck chairs on the Titanic. The Gunners still have a negative goal difference, despite having a scorer as prolific as Pierre-Emerick Aubameyang in their team.

As it stands, they still have serious shortages at centre back. ​Calum Chambers has been ruled out for the season with a knee injury, while ​Rob Holding is just coming back from an ACL rupture of his own.

Dinos Mavropanos has also moved to Nurnburg on loan, meaning that Shkodran Mustafi is the only fully fit senior centre back Arsenal have to call on if something happens to Luiz or Sokratis. Rumours suggest that the club are looking to bring in a central defender, but as always with Arsenal, they're looking to do so on the cheap.

Djene Dakonam has been perpetually ​linked with club since Unai Emery's time in charge, but it seems the Gunners aren't willing to part with the £22.5m that Getafe are asking for him. It's groundhog day for Gooners across the globe.

The situation Arsenal are in now is similar to the one that ​Liverpool found themselves in when Jurgen Klopp first took over in 2015. Speaking to Arsene Wenger in an ​interview recently, Klopp himself said that the Gunners were not far off being a truly great team if they could just sort out the defensive side of their game.

But worryingly for the Arsenal board, what Liverpool's current success proves is that there are no shortcuts. Virgil van Dijk might have cost £75m, but he was exactly what they needed. Now, they are a Champions League winning team that - barring a Gerrard slip-like collapse - will win the Premier League for the first time this season, and may even do so undefeated.

The Reds sorted out their weaknesses in the most emphatic way possible, and Arsenal should do the same.