​Luis Suarez has revealed how Liverpool legend Steven Gerrard helped convince him to remain at Anfield after Arsenal submitted an infamous £40,000,001 bid for the Uruguayan in 2013.

Former Arsenal manager Arsene Wenger submitted the offer of just over £40m in the hope of triggering a release clause in Suarez's contract, but Liverpool refused to enter into negotiations with the Gunners, while Suarez ultimately moved to Barcelona the following year. 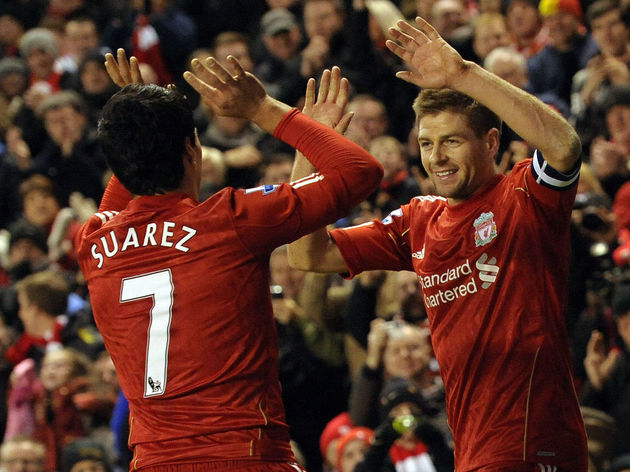 Speaking to Otro (via ​Goal), ​Suarez revealed that he was keen on moving to ​Arsenal, but it was Gerrard who talked him out of i

He said: "We qualified for the UEFA Europa League but the season ended badly.

"I'm about to go to Arsenal, forcing myself to go, and Steven tells me 'I promise that if you stay this year you're going to take off and next year you'll go to ​Bayern, ​Barcelona, ​Real Madrid or whichever one you want, but stay this year because you won't be better off at Arsenal'. "This was the last conversation I had with Gerrard at that moment and I told my agent that I had made my decision and I was staying.

"His words convinced me in that moment. They came from a person who cared for me, who wanted my well-being, who saw me suffer during training and saw me sad. Suarez endured a challenging period with Liverpool. He was found guilty for racially abusing ​Manchester United's Patrice Evra, before being caught biting ​Chelsea defender Branislav Ivanovic, and it was rumoured that he was keen to bring an end to his time at Anfield in 2013.

However, despite Arsenal's advances, he remained with Liverpool and netted an incredible 31 goals as the Reds came incredibly close to winning the ​Premier League in 2014. His form earned him both the PFA and FWA Player of the Year awards, as well as the Golden Boot. Following that summer's World Cup, Suarez moved to Barcelona as Gerrard had predicted, and the 32-year-old has gone on to establish himself as one of the game's finest forwards.