​Three Premier League sides are in the running to be Dani Alves’ next club, after the Brazilian left Paris Saint-Germain.

Now 36, Alves his a strong claim to being the most successful active player in the world, with this summer’s Copa America win on home soil taking his personal trophy tally to around 40 (depending on your addition).

Despite his age, Alves has little intention of winding down his career in the Far East or America and wants to continue playing at the highest level in order ​to be in contention to play at the 2022 World Cup in Qatar - when he will be 38. 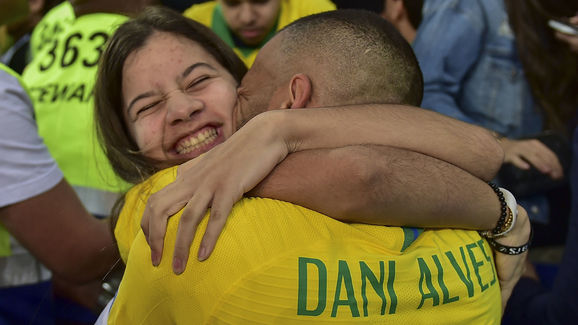 The report claims that Unai Emery has asked the board to make a move for the right back, as he seeks defensive reinforcements that won't break the bank.

The latest gossip suggests ​Arsenal, who are famously working with a transfer budget of around £45m, have also seen a £25m bid for Celtic full back Kieran Tierney rejected.

City, meanwhile, tried to sign Alves back in 2017 prior to his move to Paris, with the Brazilian a regular under Pep Guardiola in his Barça days. While Danilo's future remains uncertain, ​City may bring in the veteran as cover for Kyle Walker.

​Spurs have previously been mooted as a possible destination, with journalist Duncan Castles claiming contact had been made between the club and Alves' representatives last week.

Tottenham are keen to reinforce at full back this summer, with Kieran Trippier likely to be sold after a disappointing season.