Mario Lemina: 4 Things to Know About the Surprise Manchester United and Arsenal Target

​Southampton midfielder Mario Lemina has been one of the most under-appreciated prospects in the footballing world in recent years, consistently providing great performance after great performance, but never quite reaching the heights many thought he would.

After breaking into the first team of Juventus at the age of 21, many believed that an illustrious career was beginning, but after a crisis of confidence and many disciplinary snafus, he seemed a long way from reaching his potential. S

For being a player that not many people notice on the pitch, here's just a few things you need to know about this diamond in the rough.

He Is the Definition of a Utility Player ​Although he currently plies his trade as a deep-lying midfielder who sits just in front of the defence, Lemina can play in every position on the pitch apart from goalkeeper and striker (although you'll never know for sure unless you give him a chance...)

Lemina started his career off at Lorient primarily playing as a winger and a wing-back, never really finding his feet until he moved to Marcelo Bielsa's Marseille. In his first season with Les Olympiens, he found great success playing as a centre-back, a right-back and an attacking midfielder.

He Has an Incredibly Short Temper ​Throughout his youth career and the beginnings of his professional career, Lemina has been known to lose his temper incredibly quickly. While this has been stamped out of his game a bit since signing for ​Southampton, it doesn't mean the problem won't rear its head once more.

One of Lemina's most well known incidents on the football pitch came when he was playing for Marseille, where he came into a clash with former Sunderland striker Ola Toivonen, in which Lemina feigned an injury. Not so bad, right? Well, not until he was underneath Toivonen, because that's when he punched him in the...undercarriage.

Another red card against Lyon in the ​Champions League is thought to be the main reason that he was sold by ​Juventus just one year after he was permanently signed, with

Has Received the UK's Biggest Speeding Fine Ever 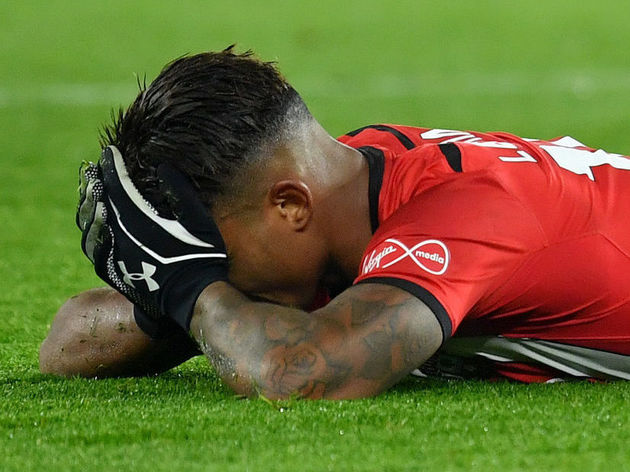 ​Although this has absolutely nothing to do with his footballing ability, the Gabon international claimed a record during his time in England, holding the single highest speeding fine ever received in the UK within his first year at Southampton a whopping £96,000!

Lemina said at the time ​that it was his brother, or possibly his cousin, who were driving at the time the absurd speed was recorded, but he later admitted to his crime after being told that the figure could rise to £144,000 if he was found guilty after pleading otherwise.

Switched Allegiances After Being Ignored by the French Manager ​Even though Lemina was born in the capital city of Libreville in Gabon, he started off his international career representing France at Under-20 and Under-21 levels, and was part of the France squad which won the 2013 Under-20s World Cup in Turkey.

He never made the step up to the senior level though, and in 2015 rejected a call up to play for Gabon in the Africa Cup of Nations in favour of waiting for another French inclusion. It never came, and he switched his allegiances later that year.

As a Gabonese international, Lemina scored an excellent goal on his debut against Tunisia and has become a pivotal player for the Panthers along with ​Arsenal striker ​Pierre-Emerick Aubameyang