Arsenal midfielder Matteo Guendouzi has revealed the secret behind his rapid rise to stardom - putting in the hard yards in training and working tirelessly for his teammates.

The 19-year-old was plucked from Ligue 2 obscurity in the summer when Arsenal boss Unai Emery, fresh off replacing Arsene Wenger in the north London hot seat, paid Lorient a fee of £7m, plus unspecified bonuses, to bring him to the Premier League.

The young Frenchman has now admitted, sitting alongside Emery at a pre-match press conference ahead of the Europa League tie with Rennes, that he recognised hard work would be the key to finding success at Arsenal. 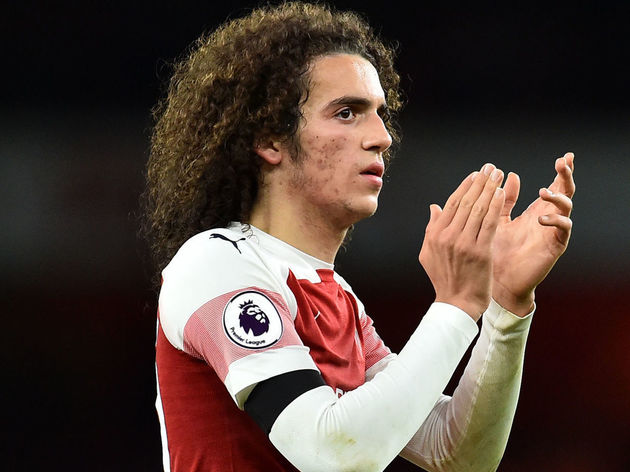 ​"When I came to Arsenal last year, we went in pre-season to Singapore and I knew it was important for me to show what I could do," Guendouzi said, as quoted by ​Arsenal's official website.

"I knew I had to play well and I did play well at the time, so I got the confidence of the coach and the other players. Hopefully it will go on like that for a while.

"I’m a young player, so I have a lot of energy. I run for my teammates, I fight for my team and I play with my heart and give 150 per cent in every match - I give everything. That’s the secret I suppose [to my success so far]."

Guendouzi was almost a complete unknown upon his arrival, but has quickly settled into his work at the Emirates Stadium. He has established himself as a first-team regular, looking calm and assured alongside Granit Xhaka and fellow new signing Lucas Torreira in the heart of midfield.

He is likely to start once more against Rennes as the ​Gunners look to gain a healthy first leg advantage in their Europa League round of 16 clash.