​Arsenal's Mesut Ozil has hailed the quality of the youth coming through at Arsenal, giving special praise to a quartet of players as the club go about their pre-season 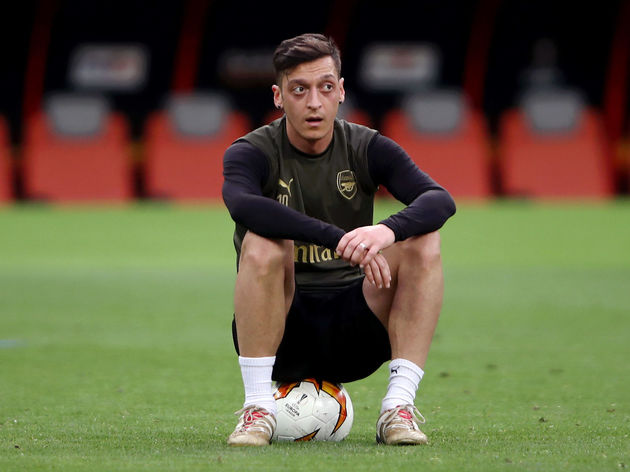 Ozil – with the pressure off – appeared back to his best this week as Arsenal defeated ​Bayern Munich 2-1 in the International Champions Cup; Eddie

Emery has given ample opportunity to the young guns vying for a first team place in pre-season so far, and ​Ozil has hailed their quality.

"Right now we have a lot of young players and yesterday Joe Willock plays with us," Football.London quoted the German as saying after the match. "He really showed his quality, and everyone knows Eddie in the team."

"He is fighting hard and wants to help us. Reiss, he had a lot of experience in Germany. He played very well during the season over there so those people, those kind of players, especially young players will help us a lot. Don't forget Emile – he is a little bit injured so he is coming back, we know his quality as well. At Arsenal, I think we are lucky to have those young players." Nelson and Smith Rowe both had spells in the Bundesliga last season, the former making 23 league appearances for Hoffenheim, scoring seven times over the duration of the season. Smith Rowe only moved to RB Leipzig in January meanwhile, playing just three games.