​Arsenal duo Mesut Ozil and Alexandre Lacazette have backed the tactical changes implemented by new head coach Mikel Arteta to come good, despite the club's indifferent results since his appointment.

Arteta - who took over as permanent manager after Unai Emery's dismissal in late October - has guided the Gunners to just three victories since his arrival, with just one of those wins coming in the Premier League. 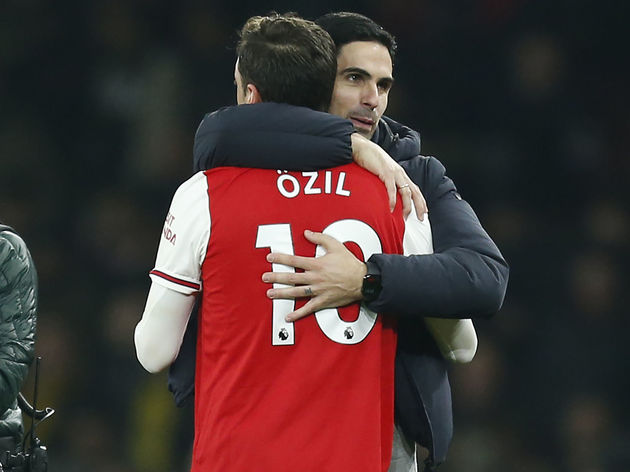 But those dropped points don't appear to have concerned Ozil, who has come back into the side under Arteta, nor Lacazette, with both telling Sky Sports that the mood around the club has been lifted since the Spaniard arrived, and it's only a matter of time before results on the pitch start to improve.

"As a team, we are much happier and everyone wants to give everything for this club," Ozil said at ​Arsenal's warm-weather training camp in Dubai. "

Ozil was one of those frozen out by Emery at the Emirates, but Arteta has re-introduced the midfielder in to the starting lineup, and has spoken about the significant role the 31-year-old has at the club.

He's not the only one enjoying life under Arteta, with Lacazette also complimentary of his new manager, despite his own goalscoring worries.

"We are more together now," Lacazette said. "The way we think as well on the pitch and outside the pitch. Tactically we are better and we're going to see a big improvement in the next few weeks."

The Premier League's inaugural winter break has allowed Arsenal time to escape the blustery conditions served up in the capital over the past few days, with Arteta now preparing his side for a clash with Steve Bruce's Newcastle.

In the back of Arteta's mind, though, will be a return to Europa League action, with victory in that competition the most likely route back into the Champions League.