​Unai Emery has reportedly made Mesut Ozil available this window, offering the out-of-favour German to Serie A giants Inter and Juventus.

The former Real Madrid playmaker has had a season to forget so far and has missed nine Premier League games in all this term, registering just one assist in his 13 appearances. 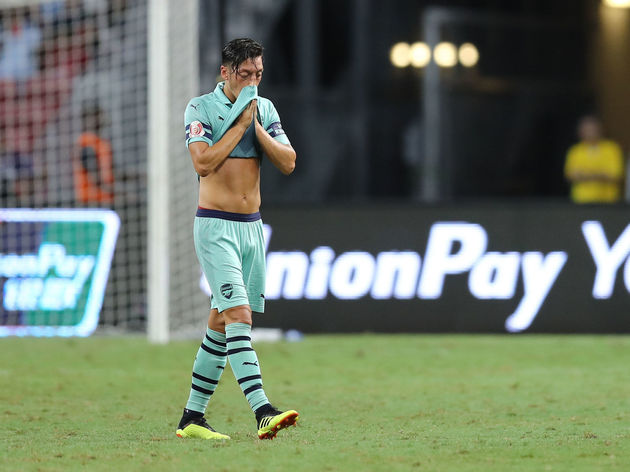 According to Italian news outlet TuttoMercatoWeb, Emery is keen to offload the 30-year-old as the Spaniard attempts to build a transfer war chest to restructure his newly acquired squad.

Ozil currently earns £350,000 per week, making him the club's most expensive asset of all time. Even though the midfielder signed a new lucrative contract last year, he appears to have fallen out of favour under the new management and could be expendable to Emery's future plans.

The ​Arsenal manager announced last week that the club would be unable to make any permanent signings during this transfer window, due to a lack of money, meaning any business they do would be of the loan variety.

The report also notes that the ulterior motive behind the sale of Ozil could be the Spaniard's desire to bring in Belgian winger Yannick Carrasco this month, who is ​reportedly keen on a move to the Emirates. But any deal for the winger is unlikely to be put in place before Emery trims his current squad to the desired fit, which is proving a difficult task.

The reports also claims that ​Juventus and ​Inter are reluctant to chase Ozil's signature, deterred predominantly by the hefty wages he demands. Juve do already look set to bring in one of Arsenal's midfielders though, after Aaron Ramsey reportedly agreed a deal to join this summer.

SKY SOURCES: Arsenal midfielder Aaron Ramsey to have medical on Sunday ahead of summer move to Juventus. #SSN