Arsenal duo Mesut Ozil and Sead Kolasinac were subjected to an attack by a knife-wielding moped gang in London on Thursday afternoon.

The German was driving through the streets of Golders Green in north London, when a pair of thugs brandishing knives began chasing him on mopeds.

According to a report from the Daily Mail, as the armed men boxed the car in, Kolasinac leapt out, opting to take them on with his bare hands.

An incident took place in London today where Arsenal's Mesut Ozil was the victim of an attempted car-jacking.

At this point, Ozil ran off to take shelter in a nearby Turkish restaurant named Likya, waiting for the police to arrive. It is understood that a number of members of staff then ran out into the road and helped chase away the attackers.

An eye witness revealed: "It was totally mad and strange. His car was standing there empty in the middle of the road with its door hanging open.

"Ozil looked absolutely terrified, as anybody would after being chased by men with knives. He looked like he was running for his life. And I suppose he was.

"I saw him disappear into the restaurant with the motorcycle guys on his tail. They didn’t take off their helmets and were all in black, wearing long-sleeved tops in this hot weather. They stood out. It was really creepy.

Staff from Turkish restaurant Likya came running out to help @MesutOzil1088 today after he was attacked by two suspects on mopeds carrying knives. @seadk6 jumped out his car and helped Ozil. Both Mesut & Sead are ok thank god 刺❤ pic.twitter.com/uFsQh8aVNi

"God knows what would have happened if they’d caught him. It looked to me like he’d have been hacked to shreds and he clearly thought so too.

"As soon as the restaurant staff started to come to the window and to the doorway, they turned around and roared off. The police were there shortly afterwards and the road was almost blocked off.

"It was totally surreal, just surreal and strange. You don’t expect something like that to happen at any time, particularly the mid-afternoon." 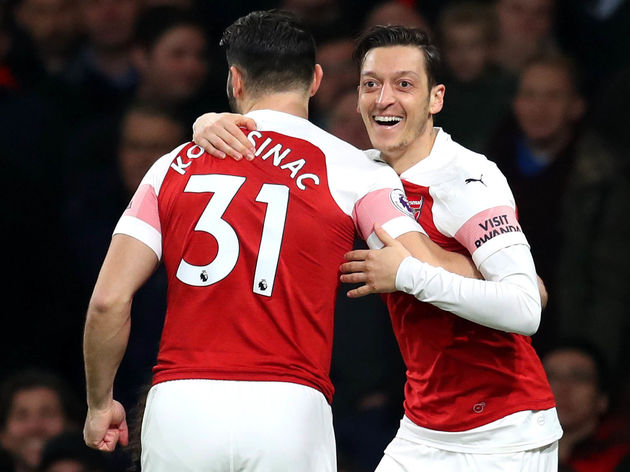 And later a spokesperson for Arsenal confirmed the attack, revealing that Ozil and Kolasinac were thankfully both unharmed.

The club explained: "We have been in contact with both players and they are fine."