​Arsenal midfielder Mesut Özil has confirmed his desire to remain at the Emirates Stadium for the foreseeable future.

During former boss Unai Emery's time at the club, Özil was heavily linked with a move away from Arsenal as the Spaniard was thought to be unimpressed with his work rate. However, Emery was sacked and replaced with Mikel Arteta, who has used ​Özil as a core part of his squad during the early weeks of his tenure. Speaking to beIN SPORTS Turkey (via ​Fanatik), Özil admitted he wants to retain his place in the team for years to come.

“I am very pleased with my contract that will continue here this year and the year after," he confessed. “I can't tell you what the future will bring, I'm excited about the future, but I don't know what's going to happen.”

It's news which will likely divide ​Arsenal fans. While it is widely accepted that Özil is one of the most naturally gifted creative midfielders around, questions about his work rate and inconsistency have plagued his time at the Emirates. 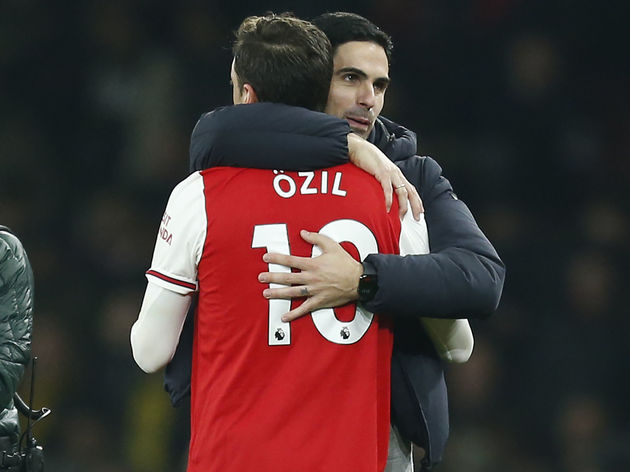 Given he is Arsenal's highest earner by a long way, many fans have called for him to be replaced by someone more reliable, but it seems like Özil isn't going anywhere just yet.

It has been suggested that many of Özil's recent struggles stemmed from Emery, with whom the German had an incredibly frosty relationship.

Özil found it difficult to hold down a place in Emery's starting lineup and was rumoured to be on the verge of leaving the club on a number of occasions as his relationship with the boss had completely broken down. “I had a hard time, especially with the previous coach Unai Emery, but now everything has changed, and I am very happy with everything. I play regularly and everything goes well," he said.

“Arteta, as I said in my previous interviews, it was surprising to many people that he adjusted to the club in such a short time. He's doing a good job. He's hungry for success.

“Everything about him is positive. Arteta's story is a bit different because I don't remember when he quit football, but it hasn't been over that long. In this way, players can understand him more easily.”