​Arsenal manager Mikel Arteta has confessed that the Gunners need to do all they can to prove to striker Pierre-Emerick Aubameyang that he would not be wasting his career by remaining with the club.

The 30-year-old, who has fired 19 goals in all competitions this season, has less than 18 months remaining on his current contract. He has been linked with moves to the likes of Barcelona and Inter, who can both offer regular Champions League football. 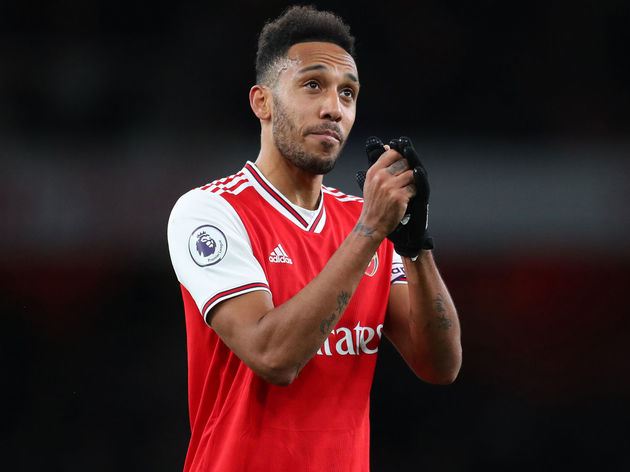 ​Aubameyang has not featured in the competition since moving to the Emirates Stadium in January 2018, and ​Arsenal face an uphill battle to change that as they currently sit ninth in the ​Premier League table.

And Arteta, speaking in the aftermath of the 3-2 win over Everto (via the club's ​official website), admitted he understands why Aubameyang would be intrigued by the prospect of leaving.

"He completely deserves to be liked by all the other teams." the boss said. "Hopefully we can convince him that this is the right place for him and that he has a future here.

"I think it’s been tough for a player like him, because there’s been a lot of disappointment in the last few months or years because he has big expectations and he wants to play for the biggest clubs in the biggest tournaments. "He wants to be up there with the best players in the world, and we have to try and support him and give him everything as a club, so that he really feels fulfilled here. That’s the challenge that we have."

The saga could all come to an end this summer. It has been noted that Arsenal have introduced a ​new club policy which means no player will be allowed to walk away for free at the end of their contract, so if Aubameyang continues to delay penning a new deal, he could be sold.

However, Arsenal are understandably desperate to convince him to stay. They are unbeaten in their last seven league games, which has helped them climb to within seven points of the top four, and the Gunners will hope that they can continue that streak and inch ever closer to ​Champions League qualification.