Arsenal manager Mikel Arteta has backed Reiss Nelson to follow in Raheem Sterling's footsteps to become a key player at the Emirates Stadium.

The 20-year-old has enjoyed his longest spell ​in the Arsenal first-team this season under Arteta, having spent last season on loan at Hoffenheim before falling in and out of the side under former boss Unai Emery.

Arteta has already overseen the rise of Sterling alongside Pep Guardiola at Manchester City, and the new Arsenal boss is confident that Nelson has the " 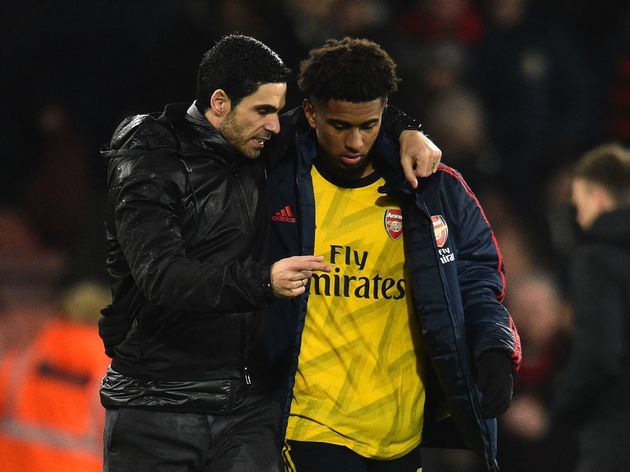 "Then to make the step from a high level it is a big step and if you haven't exposed yourself down here, to do it the next day up there doesn't happen.

"He is a boy that is willing to learn and loves the game but I think he has been a little bit confused in the last few years - what direction he had to take, some of the decisions that he made.

"He needs guidance, he needs a little bit of a stick, and he’s up for it now. "He has done that very quickly, much quicker than I thought and that is why he has been playing.