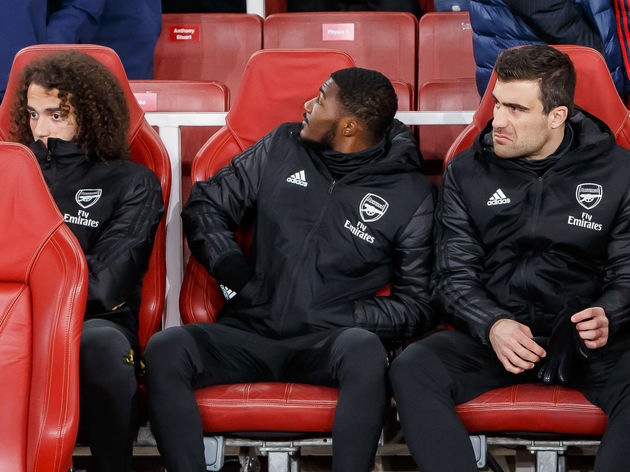 Arteta has taken a strong stance over Maitland-Niles' tardiness, especially considering the injury crisis that currently faces the Gunners. Arsenal have struggled to field a natural right-back for the majority of the campaign, with Hector Bellerin suffering a series of injury setbacks.

But despite Maitland-Niles being the best and most natural replacement position-wise, Arteta has opted to play Sokratis

"Ainsley needs to put his head down and work hard," said the ​Arsenal boss. "Show me every day in training that he wants it more than anyone else, he wants to play for this club and fight for his place."

But although Maitland-Niles has sunk under the tutelage of Arteta, one man has passed the test with flying colours.

The Express report that the Gunners are 'having conversations' with the starlet - who is into the final 18 months of his current contract - but Arteta is 'hopeful' that Saka will tie his future to the north London club for the foreseeable future. "The club is doing what it has to do and is having conversations,” he said. “[Hopefully] we'll get it resolved.”

Saka has shown great maturity for his age, adapting to life in the first team with ease, and he has already laid on three assists for his teammates this campaign.

A future star - and one Arsenal hope will be lighting up the Emirates for years to come.