Arsenal manager Mikel Arteta has said he is pleased with the defensive additions he has been able to secure this month, saying that the experience and commitment offered by new right-back Cedric Soares should serve the club well in the months to come.

The ​Gunners secured a somewhat​ ​eyebrow-raising loan deal for the ​Southampton defender on deadline day, many feeling he is simply not of the standard required to meaningfully improve the squad.

Arteta, however, disagrees, telling ​Sky Sports that the 28-year-old represents a solid addition.

"We've been trying to be active in the market to resolve some of the issues that we have been going through in the last few weeks," Arteta said.

"We found two players who we believe can be very useful to improve our squad with the resources we had. We are happy with what we have done.

"[Soares] has big experience, he has played in different countries, he knows what it means. He was very willing to go to another top club, he has the desire and the commitment.

"I followed him a few seasons ago and I really like what he can bring. There were the right conditions for us as well to try to improve the squad."

The dependable Portugal defender becomes the second January arrival after Flamengo and former Manchester City defender Pablo Mari, who ​arrived on a similar initial loan earlier in the month.

Arteta went on, praising the 'balance' the left-sided central defender offers his team, while expressing something of a sigh of relief at the minimal outgoings he has had to contend with as the window enters its final hours.

"For me [Mari] is very important," the manager went on. "He balances what I want to do from the backline. He gives us more options and solutions, he opens up the pitch more. 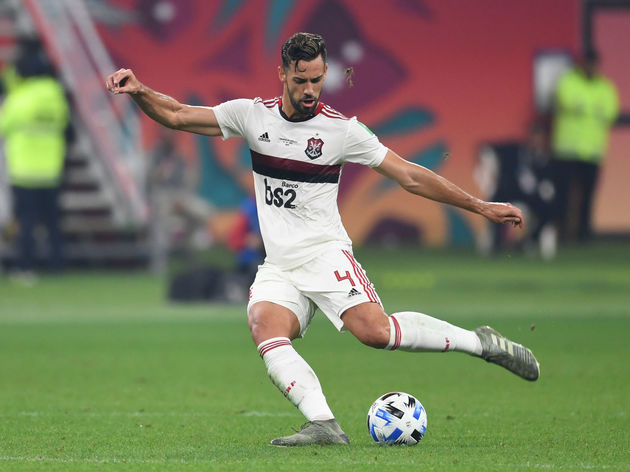 "Again he's a player we have been following for the last few months, one that we are happy to have.

"I'm happy for two reasons, we believed we could strengthen the team a bit in some areas with the financial situation that we have. But four weeks ago I was very concerned with some of the probable departures - we've been able to manage that so far."