​Arsenal manager Mikel Arteta has revealed that midfielder Granit Xhaka has assured him that he intends to stay at the Emirates Stadium for the foreseeable future.

The Swiss international has long been linked with a move away from the club, and his agent recently fuelled the fire by claiming that Xhaka wanted to leave and had ​already agreed terms with Hertha Berlin. 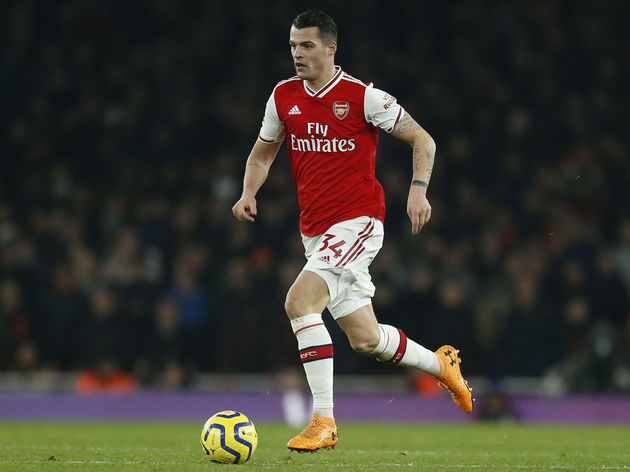 However, Arteta has put talk of such a move to bed, telling reporters (via ​The Sun) that Xhaka has spoken of his desire to remain with ​Arsenal going forward.

"He did [give assurances he plans on staying], yes," Arteta confessed. "I think he's going to stay. He was very good. I really like him, I think the way we want to play, [if] we get him on board, he can be a tremendous player for the football club.

"I like the way he is, the way he lives his profession, the way he trained and how focused he is. Every time I talk, he's listening and is willing to learn and is a great football player. "The way we want to play, there are not many with his quality on the ball, the way he eliminates passes, his range of pass so I'm delighted to have him."

Arteta clearly wants Xhaka to stay at the Emirates, and it appears as though the feeling is mutual, so a move away would now come as a huge surprise.

The boss was speaking after his side's fantastic 2-0 win over ​Manchester United on Wednesday, after which he admitted (via the ​Daily Mail) that Arsenal look to be enjoying their football again.

💬 "I am so happy that I turned around in the stadium. I saw smiley faces, I saw energy, I saw people standing and that's what I want."

"I said to [the players] 'without you guys I won't be able to do it. You have to open the door and believe I can bring something different to the club'.

"We need all the staff to believe as well and if we do that day by day, it will take a long way and the process will not be easy and there will be ups and downs, but they bought into this. That is my feeling, they want to do it and they are starting to enjoy. Hopefully it is a start."