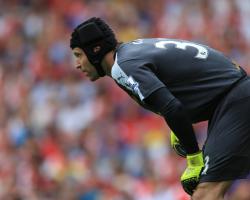 Ok, I might be going a bit over the top on that last bit..

Arsenal had a brilliant pre-season

But, Arsene got it wrong on the day and Bilic was on the money

It is easy for everyone to be wise after the event but, I have to agree with one of my fellow gooners who tweeted that he was amazed Arsene hadn't noticed the weakness in the West Ham defence gifted by the fact that their CB James Tomkins had been moved wide into the RB position

Arsene's tactical nous has been questioned by a number of fans previously and this observation will do him no favours at all.

As bad a game as Cech had, I thought the normally dependable Laurent Koscielny had a right mare in the Arsenal defence

Ozil showed touches of class but not much more and Ramsey allowed a 16-year old to make life really difficult for him in the centre of the pitch.

Time for a bit of perspective now

Hello, there are 37 games still to go

So we lost a game, get over it.

Arsenal fans will remember when they lost badly on opening game to another team in claret and blue two years ago, but bounced back winning the next 7 games

Wenger will be hoping for a similar response, but something tells me this season is going to be pretty topsy turvy, as with Crystal Palace our next opponents, that is not going to be an easy.

I think Arsenal fans should take a leaf out of Petr Cech's book who tweeted after the game "First game like this was not in the script - Mistake and no points, but tomorrow is another day to get ready for the next game."