I know you triple-captained Sadio Mane only to see him limp across the pitch to ask Jurgen Klopp to be replaced with just 33 minutes on the clock against Wolves.

But don't fear, we're all in this together, people. We here at 90min are ready to help you rectify your Fantasy Premier League campaign. It's time to rid the thought of the Senegal international hobbling down the Molineux tunnel with just a point to his name from your recurring nightmares. It's time for a renaissance.

So, without further ado, here's who you should be looking to bring in ahead of an exciting batch of fixtures in gameweek 25. He continues to prove why many regard him as the finest in his position in the division and with the Reds' next clash against a top six opponent not coming until April, Alisson is a purchase you can't overlook.

As for Kasper Schmeichel, well, he's somebody that you should be looking to ditch. Any of the Liverpool

The former Charlton man has forged a fine partnership with Virgil van Dijk at the heart of the defence, with Gomez helping the Reds rediscover a defensive form similar to that of last season in recent weeks.

A tame fixture list lies ahead for the champions-elect, so they'll be plenty of opportunities for Gomez to cash in.

On the other hand, and I can't believe I'm saying this by the way, but John Lundstram's 24 gameweeks of fame looks to have come to an abrupt end.

The Blades midfielder hasn't contributed to a goal in his last six outings while his side have kept just one clean sheet since Christmas. Also, the arrival of the mightily talented Sander Berge will likely see Lundstram's minutes dwindle in the second half of the season.

The FPL god is no more.

Adama & Mo Hitting the Turbos, Out of Sorts Sterling 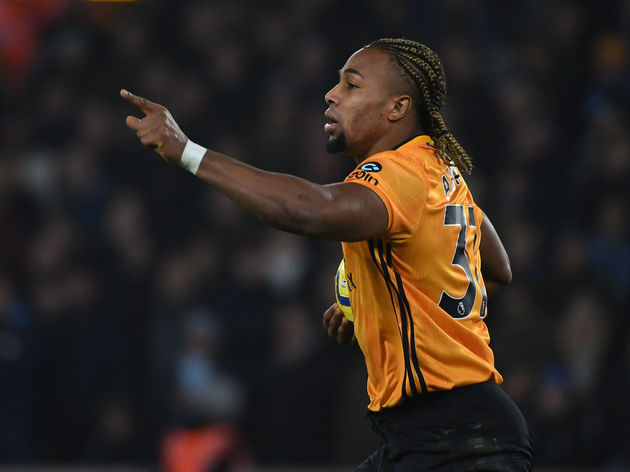 If you haven't heard already, Adama Traore is a bit good. The Wolves winger is simply unstoppable at the moment. Well, unless the world's best centre half is hunting him down, but still you can't afford to let the Spaniard's purple patch pass you by.

Traore has improved exponentially in the final third this season and has three assists in his last two outings. Brandon Williams and Ben Chilwell will be the next to face the wrath of Adama, and for just £5.8m, it's time for you to reap the benefits.

Moving on, with he who shall not be named out for the next couple of games, expect Mohamed Salah to continue his fine run of form. The onus will be placed on the Egyptian to come up with the goods in the final third for the Reds in the coming weeks and he enjoyed a pretty good start - putting in a MOTM display against the Hammers, a showing that saw him score and bag an assist.

Raheem Sterling, meanwhile, is enduring a slump in front of goal. The England international hasn't made a goal contribution in his last four Premier League outings and looks completely out of sorts around the opposition box - as demonstrated against Manchester United in the week.

An improvement is inevitable, but for now there are simply better options representing greater value. Just in case Arsenal's social media accounts haven't told you already, Gabriel Martinelli scored a half-decent goal in the Gunners' last league outing at Chelsea and looks to be playing with real confidence at the moment.

Although the majority of his ten goals this season have come in the Carabao Cup and Europa League, the 18-year-old has scored in his last two Premier League appearances and is expected to get a healthy run of games under Mikel Arteta in the coming weeks.

While he's not the complete package, there's no doubt that he has an eye for goal and possesses the ability to score a variety of finishes - for £4.6m the talented teen is a steal.

As for Jamie Vardy, the Leicester man is undoubtedly a candidate for the trap door. Despite his 17-goal tally in the league thus far, Vardy hasn't scored in his last four appearances - a run that includes a crucial penalty miss away at Burnley two weeks ago.

Things just aren't clicking for the Red Bull ambassador at the moment and with a tricky schedule coming up, it's not a guarantee that they'll improve either.