​Monaco have enquired about the availability of Arsenal defender Shkodran Mustafi, with the Gunners quoting a fee of around €30m (£27.5m) if Monaco want to sign him.

Mustafi has been heavily linked with a move away from the club all summer, especially after a drastic downturn in form towards the end of last season. That departure now appears to be moving closer, as L'Equipe (via ​Get French Football News) state that Monaco are keen on striking a deal for the German, but a €30m move away from ​Arsenal is not as easy as once thought.

Unai Emery was believed to be desperate to offload Mustafi earlier in the summer, seeing the defender as a good way to raise additional transfer funds. However, with Laurent Koscielny seemingly refusing to play, Arsenal may find themselves light in the centre back department.

They have signed young William Saliba, but he will not actually move to the Emirates Stadium until next summer, which leaves the Gunners with just Sokratis Papastathopoulos, as well as inexperienced duo ​Calum Chambers, Konstantinos Mavropanos and an injured ​Rob Holding as their senior centre-backs. If Arsenal can sign a new centre-back, they may be prepared to part ways with Mustafi, although that is certainly easier said than done. With Arsenal pursuing a huge £72m move for Nicolas Pepe, transfer funds are exactly readily available, so Emery may be forced to prioritise reinforcing other areas of the team.

Mustafi made a total of 40 appearances in all competitions last season as he was a core part of Emery's side, although some hugely disappointing performances towards the end of the campaign - the 3-2 defeat to ​Crystal Palace in April will continue to haunt fans' dreams for years to come - saw Mustafi's place in the team come under question. 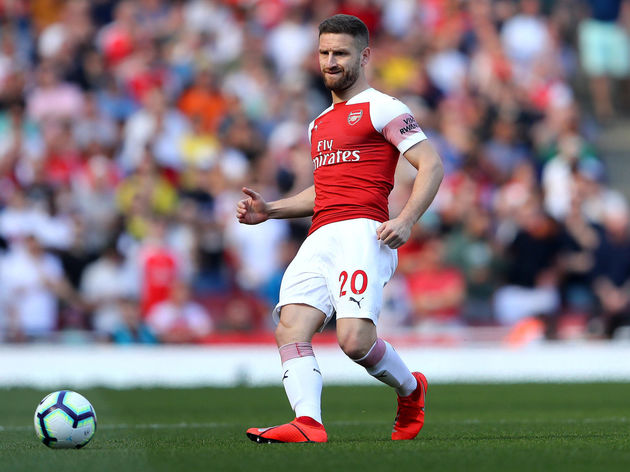 Many fans are eager to see the back of Mustafi, so news of a potential €bid from Monaco will likely be well received.

He has also attracted interest from Fenerbahce and ​AC Milan, so Arsenal may hope to spark a bidding war between the three sides in order to raise his value.