​Napoli are edging closer to agreeing a permanent deal with Arsenal for goalkeeper David Ospina, according to reports in Italy.

The Colombian goalkeeper moved to Gli Azzurri from the Emirates on loan in the 2018 summer transfer window and was initially signed as a back up to Alex Meret.

However, following an injury to the Italian Under-21 shot-stopper just six days after joining the club from Udinese, Ospina was given the opportunity to feature regularly for ​Napoli and has been impressive in Serie A this season, keeping four clean sheets in eleven starts.

After the 30-year-old delivered another faultless performance in last week's 0-0 draw against Torino, Gli Azzurri manager Carlo Ancelotti ​admitted his desire to keep the Gunners' keeper at the club beyond his loan deal which expires at the end of the 2018/19 campaign. According to reports in ​Calciomercato, Ospina is expected to make a permanent move to the Stadio San Paolo in the coming weeks after the keeper revealed that he wanted to stay at Napoli, leading the Italian club to open negotiations with ​Arsenal.

Talks between the two clubs are currently ongoing and although a definitive figure hasn't been agreed, the Partenopie may only have to pay a fee of around €4m to secure the deal.

In the absence of Meret, Ospina played in all six of Napoli's Champions League group stage fixtures as his side were eliminated in third place behind Paris Saint-Germain and ​Liverpool. 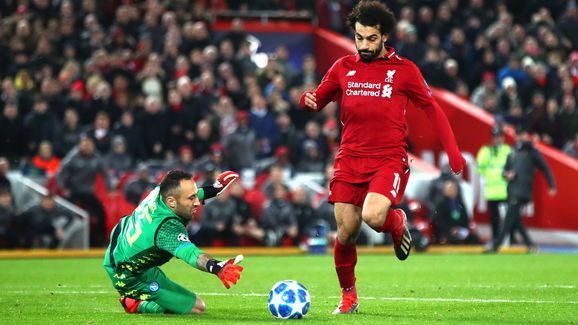 However, since the Italian recovered from his injury, Ancelotti has opted to rotate between his two goalkeepers, indicating that a permanent place in the starting eleven is still up for grabs.

Ospina could feature for Napoli when they travel to face Parma in Serie A on Sunday with his side needing a victory t keep up with runaway leaders Juventus.