Newcastle 0-1 Arsenal: Report, Ratings & Reaction as Gunners Kick Off Season With Away Win

Arsenal's Premier League campaign got off to a great start as they picked up a hard-fought 1-0 victory over Newcastle United on a wet Sunday afternoon at St James' Park.

The game took a while to get going, with clear-cut chances certainly proving hard to come by in the first half. Jonjo Shelvey saw a fierce volley saved by Bernd Leno, before Henrikh Mkhitaryan wasted a good chance by firing the ball well over the crossbar, but a 0-0 scoreline was certainly fair heading into the break.

We finally got some excitement shortly before the hour mark through Pierre-Emerick Aubameyang, who found himself alone in the penalty area to chip the ball into the back of the Newcastle net. The Magpies still created the occasional good chance to score, but it was all fairly comfortable for Arsenal, who held on to secure the three valuable away points. 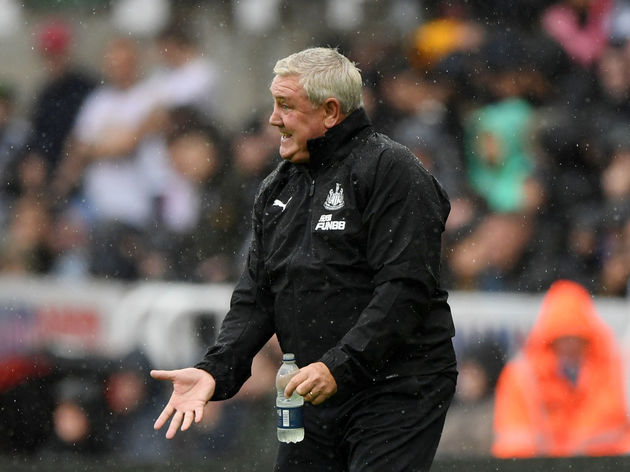 Right from the get-go, his desire to see Newcastle play on the front foot was clear. Bruce wanted the Magpies to enjoy possession and play a quick, free-flowing game, which hasn't been seen too often at St James' Park in recent years. The result could have been better, but the performance was incredibly encouraging.

Newcastle fans will no doubt take any opportunity to abuse him, but Steve Bruce’s side have looked good today. A notably more positive approach when compared to Rafa Benitez’s sides of previous seasons. No disgrace in losing narrowly to a top team in Arsenal at all. #NEWARS

The introduction of Allan Saint-Maximin will also have given fans plenty to get excited about. Some of his decisions were questionable, but his love for beating defenders with raw pace is something supporters will get behind. If Bruce can turn that into goals, his side will be just fine.

If Newcastle were ever going to get a goal, it was going to be through Miguel Almiron. The Paraguayan looked electric operating between the midfield and attack, and the early signs of his partnership with Joelinton were encouraging.

His speed caused problems for ​Arsenal's defenders during the first half, and he could often be seen looking to create chances with his passing.

It's not often you see a player with Almiron's pace be so good at getting between the lines.

It was by no means the perfect performance from Almiron who, like the rest of his teammates, faded as the game went on. However, there were plenty of encouraging signs, and fans will be eager to see him push on and prove himself in England. The first half was incredibly tame, with a youthful Arsenal side struggling to create any chances. Even the second half wasn't great, with Aubameyang's goal and Pepe's debut the only things to get excited about.

Not a bad result from Arsenal considering it was essentially the B squad. But they need those 3 points against lower table teams to get back to the CL. #NEWARS

Pepe and Dani Ceballos will need time to adjust to life in the Premier League, so Arsenal need to hope that they can welcome both Lacazette and Ozil back as soon as possible. Aubameyang can only do so much.

With Arsenal struggling to get going, they needed their talisman to step up and steer them to success, and that is exactly what Aubameyang did.

As we have come to expect from the Gabon international, his movement was fantastic, which gave his teammates plenty of chances to find him. He had a good look in the first half but made the most of his opportunity in the second.

Henry-esque performance from Aubameyang today. Led the line, kept the ball when it came his way and took his only chance of the game. Played like a leader. #afc

Without partner Lacazette, Aubameyang often looked a bit lost in attack but his explosiveness meant he remained a real threat throughout.