​Despite having an apparent £45m budget, Arsenal were able to snap up one of the most exciting talents in Europe during the summer transfer window, making Lille winger 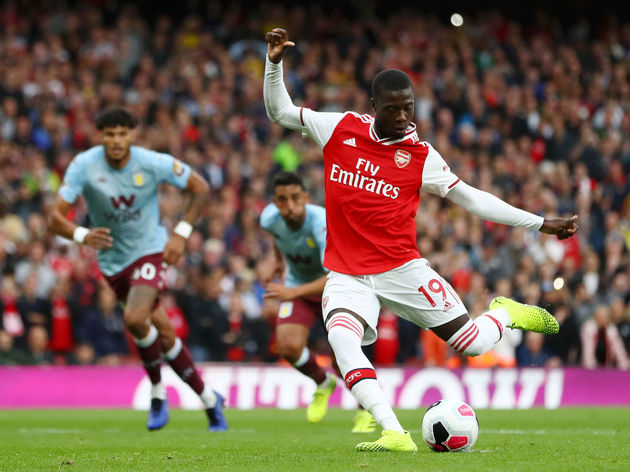 But Pépé has, at times, looked to quick for his own good during the opening few weeks of his Premier League career, with his brain often appearing to play catch-up to whatever piece of skill that his feet come up with instinctively.

The former Angers forward is, of course, finding himself under much more scrutiny than most new signings do due to him becoming the Premier League's joint-fifth most expensive arrival of all time, level with Chelsea's

"I have to keep working as the level here is different, so is the language. It is a new league for me and I must adapt quickly.

Pépé isn't the first exciting winger to struggle to adapt to a new league and he certainly won't be the last either, but perhaps the sudden turnaround of Liverpool talisman Mohamed Salah provides the best example of why Arsenal fans need to be patient. And no, we're not talking about Salah's first stint in the Premier League when he was in his early 20s, but rather the Egypt international's mixed time with Serie A clubs Fiorentina and A.S. Roma.

He was still the number one cause of headaches for full-backs in Italy during his two-and-a-half years in Serie A thanks to his pace and trickery, but Salah was a far cry from the confident, clinical forward who's been involved in 107 goals in 114 games for Liverpool.