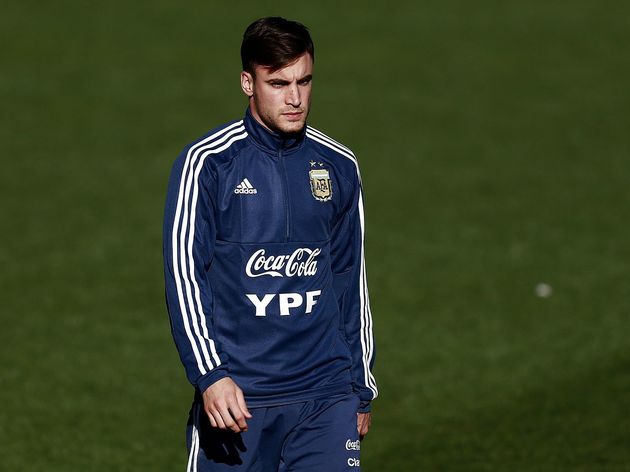 "Today I do not like being ahead of things, if I go to one side or go to the other, because that deviates from the path towards what one wants to enjoy, it was always like that," said the Ajax ace.

"Today the best thing is to enjoy life, football. We are privileged, when playing football, our work is something that fascinates us and we have to enjoy. I am enjoying the present with the national team, with the club and I can not think about what is coming, because if I was not lacking the respect for my club."

A fantastic year got better for the former Independiente star, after Ajax's historic defeat of Los Blancos in the Champions League followed the defender captaining his native Argentina in the absence of ​Lionel Messi.

Ajax face the daunting task of a quarter final tie with ​Cristiano Ronaldo's Juventus after their victory over Madrid, with Tagliafico fully aware of the task at hand, and how stopping the Portuguese star will be key to their success.

He added: "Ronaldo has to be stopped as a team. To players of that quality we have to face them with our weapons, taking out the ball, having the possession, trying to take the reins of the game. It's not going to be easy at all, but it's 180 minutes."