No deal in place for Shkodran Mustafi to join Arsenal 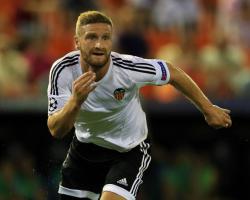 The 24-year-old Germany international has reportedly been a target for Arsene Wenger after injuries to Per Mertesacker and Gabriel left the Gunners boss with depleted defensive options.

But, contrary to reports surfacing in his homeland on Thursday, with claims his agent has announced a deal between Arsenal and Mustafi has been finalised, it is believed no such talks have taken place.

Mustafi, who spent time at Everton earlier in his career without ever breaking into the first team at Goodison Park, scored for his country at Euro 2016 in their group-stage win over Ukraine and could still be set for a move to the Emirates Stadium.

But PA Sport understands the quotes attributed to agent Ali Bulut are inaccurate.

"Shkodran and Arsenal are in agreement

Just the clubs now still need to agree on a fee," he is quoted as saying to German sports website spox.com.

Arsenal kick off their Premier League campaign at home to Liverpool on Sunday, with their other experienced centre-back Laurent Koscielny having failed to play in pre-season as he recovers from his exertions with France at Euro 2016.

After losing Mertesacker, Wenger admitted he would be forced back into the market for a central defender and that need has only been intensified with Gabriel's set-back coming in Sunday's 3-2 friendly victory over Manchester City in Sweden.

But if no new signings are made before the season begins, Wenger could be left to field an unfamiliar defensive unit against Jurgen Klopp's Reds.

Calum Chambers is still yet to break into the side and Rob Holding has only recently joined from Bolton, while midfielder Francis Coquelin revealed a fortnight ago he has been playing in defence during pre-season training.

There is also the possibility of Nacho Monreal moving inside from his usual position at left-back.