No Gunners deal for Beckham son 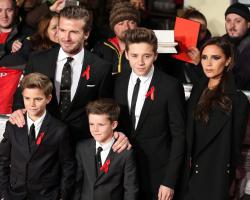 The 15-year-old, son of former England captain David Beckham, has been playing within the club's Hale End academy set-up, and had his sights set on a two-year scholarship with the Gunners.

However, Press Association Sport understands Arsenal will not be offering terms to Beckham, who plays right midfield and had been called up to the under-18s squad earlier this month.

Beckham is set to remain at Arsenal for the remainder of the campaign, and could well look to continue his career at another club.