No initial pressure for next Gunners boss 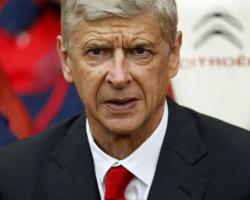 True, they would love to see the ÃÂ Premiership Trophy in the first season of a new regime but realistically they know that this would not be possible given the current squad which has been widely criticised in the media and by a variety of pundits.

Despite the criticism leveled at Wenger in as much as he is 'Mr Prudence' personified, he isÃÂ as a consequence, leaving behind a club in fantastic shape

The funds are there and will be made available to finance the handful of players required to bring the squad up to a level which can challenge seriously on all fronts.

The stadium is built, paid for and eagerly awaiting a successful team to strut its stuff and to start to make the history which will allow The Emirates to remove itself from the shadow of Highbury.

Whether the new Head Coach is Rafa Benitez, or Diego Simone they will get the breathing space which David Moyes and Louis van Gaal were not afforded.