Anyone remember what football is?

If you need a refresher, looking back at what April 6 has offered us in the past is a good place to start. We've had goals, drama and one team who are seemingly cursed by the date. There's something for everyone.

Let's take a stroll down memory lane and remember some of the best moments on April 6 in history.

April 6 has not been kind to ​Real Madrid. Starting back in 1988, they were held to a 1-1 draw by Dutch giants PSV Eindhoven in the first leg of their 1987/88 European Cup semi-final.

The two sides played out a 0-0 in the return fixture which saw PSV advance on away goals, and the Dutch side went on to beat Benfica on penalties in the final.

Ajax dismantled NAC Breda to pick up a 5-0 win in 1994, and Nwankwo Kanu stole the show with this stunning moment of brilliance to bag his side's fourth goal.

A brief spell with ​Inter soon followed for Kanu, before the Nigerian headed to ​Arsenal to establish himself as a ​Premier League icon.

Do you remember #OnThisDay in 1997, the Bianconeri scored 6️⃣ at the San Siro! #ForzaJuve pic.twitter.com/3qiSooN4Jt

​Juventus rocked up to San Siro to meet ​AC Milan in 1997, but nobody saw the result coming. I Bianconeri were obviously good, but they stunned the world by picking up a 6-1 win.

 OTD in 2004, Wayne Bridge sent the away end wild at Highbury! 

Late in the second leg of ​Chelsea's ​Champions League quarter-final with Arsenal in 2004, the two sides were tied at 2-2 on aggregate and on track for extra time. Enter Wayne Bridge.

The left-back flew forward and fired past Jens

More than he managed in his 41 Premier League games (8 goals). pic.twitter.com/2WzGSWCjYE

Back with Real again. This time, they ended up crashing out of Europe at the hands of Monaco, who were buoyed by the goals of

Frank Lampard: "My best Champions League goal … [was] against Bayern Munich. I've said that's the one that was probably the one I couldn't do if I were asked one thousand times to do it again." #UCL | @ChelseaFC pic.twitter.com/XpojfT2JQ9

Chelsea romped to a 4-2 win over ​Bayern Munich in the Champions League quarter-final in 2005, in which Frank Lampard netted a beautiful volley which he would later describe as his favourite European goal ever.

​The game also saw Bastian Schweinsteiger net his first goal in the competition, and he was also the first German to ever score a Champions League goal at Stamford Bridge.

Here we go. This is the highlight on this day in football history, and of course it was going to be ​Lionel Messi who provided it.

In what was one of the most dominant individual performances of all time, the Argentine bagged four goals in a 4-1 win over Arsenal, including perfecting the impressive 'one-two with an opposition defender' skill. 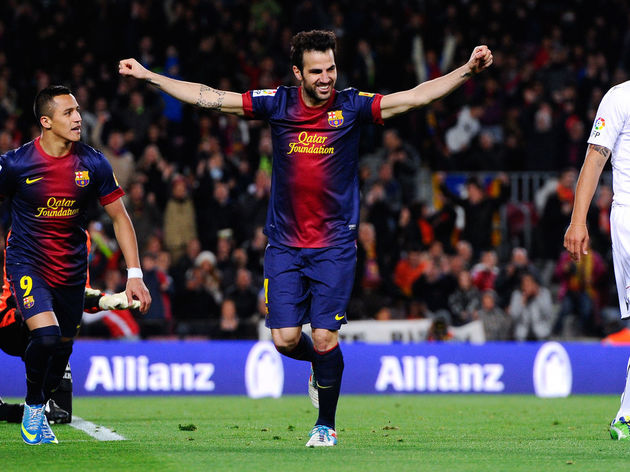 The Spaniard bagged the first hat trick of his career to move ​Barcelona one step closer to the league title, and he even chimed in with two assists for good measure.​ 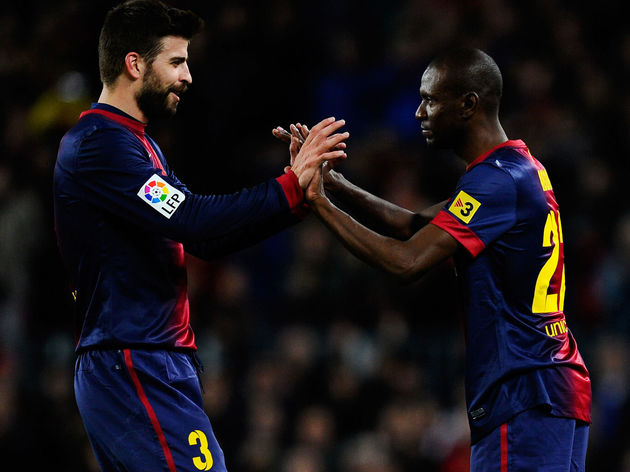 Fàbregas' goals were good, but they meant nothing on that day. The only thing anyone cared about was seeing club legend Eric Abidal back on the pitch after winning his battle against liver cancer.

He had missed over a year and was unsure whether he would ever be able to play football again, so fans were on their feet to celebrate his return to the game.

Remember how you reacted when this one hit the net? 

​The best worldies are those which you simply don't see coming, and that's what made Matt Lowton's strike against ​Stoke City in 2013 so great.

The then-​Aston Villa man chested the ball and unleashed a crashing volley which flew into the top corner. You won't see many better than that.

Where better to end than with Real struggling again? This time, it was Wolfsburg who put them to the sword, storming to a hugely surprising 2-0 win in the first leg of their quarter-final tie.

This time, Real did come back and win 3-0 in the return fixture, but that's not the point. April 6 is not a good day for Los Blancos.​