​Arsenal signing Pablo Mari has claimed that manager Mikel Arteta has the coaching ability and the bold personality to ‘completely change’ the Gunners for the better.

Formerly an assistant to Pep Guardiola at Manchester City, Arteta is one of only a handful of men in Premier League history whose job is his first ever managerial position. But the 37-year-old has already impressed just over a month in and gave Mari the confidence to join. 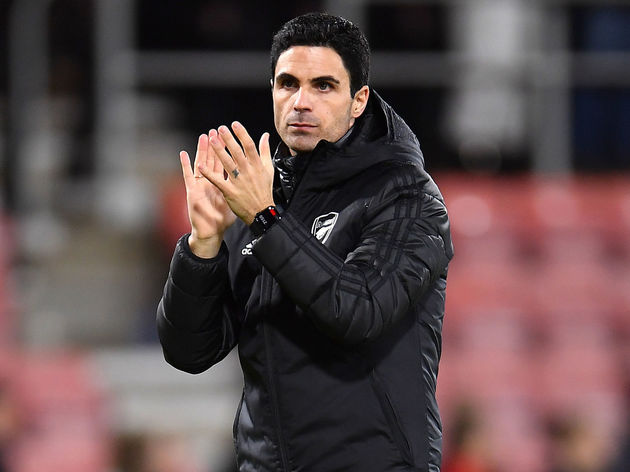 “When you build a good group and have a coaching philosophy like Mikel’s, I think he can completely change Arsenal and the current dynamic around the team," Mari told Arsenal.com.

“I think as a coach he has everything it takes to achieve that, plus he has a very good side with top players. I think as time goes by and with the day-to-day work from Mikel, we can achieve that.”

Mari has joined the Gunners on an initial loan from Brazilian club Flamengo until the end of the season, followed by an option to make it a permanent move in the summer.

The 26-year-old Spaniard was formerly on the books at Manchester City until just last year, but never played a game for the club. He joined Flamengo in July and finished 2019 by winning the Copa Libertadores and competing in the FIFA Club World Cup against Liverpool. “Mikel transmitted a lot of confidence to me,” Mari said of his new boss.

“He’s a great coach and he’s changing things at a big club. It’s really important to have that personality to be able take decisions at a big club during such a tricky time and I think that speaks volumes about Mikel.

“In terms of the system he uses on the pitch, I think he has very clear ideas which reflect my own vision of football. I want to work hard every day and every weekend to repay Mikel’s confidence.”

To learn more about Mari, including his past in Spain, read 90min’s profile here.