When Robert Moreno released his Spain squad for the Euro qualifiers against Norway and Sweden this month, there were, curiously, more Villarreal stars than representatives from any other team.

Veterans Santi Cazorla and Raul Albiol were joined by the in-form striker Gerard Moreno in the selection but the name that raised most eyebrows was the relatively unknown centre-back Pau Torres - a player with fewer than 2,000 ​Twitter followers.

The 22-year-old was playing Segunda Division football as recently as June and has made fewer La Liga appearances than Sergio Ramos has red cards.

However, this was not some desperate pick from Robert amidst an injury crisis. There is a feeling that Torres, whose under-the-radar rise has been slow and steady, is something special, at a time when Spain need new centre backs.

Premier League clubs are taking notice too, with 90min learning that defensively suspect ​Arsenal leading the chase ahead of ​Chelsea. Meanwhile, ​Manchester City - almost certain to dip into the January market amid their startingly lack of options at the back - have also been keeping an eye on his progress.

Torres signed a new contract with Villarreal at the start of October after a fine start to the 2019/2020 season, with the new deal running until 2024...unless anyone stumps up his release clause.

While details of the amount needed to bypass negotiations with Villarreal are not public, reports claim that Torres'' new deal has a buyout clause of somewhere north of €50m (£43.4m) and possibly as high as €75m (£65.4m). A high price sure, but a prohibitive one for the Premier League's biggest sharks in desperate need of January reinforcements? Possibly not.

Torres' age, speed of progression and (at least for Man City) lack of prior Champions League registration this season make him an attractive option. Since Gerard Pique called time on his trophy and controversy-laden involvement with La Roja just over a year ago, Spain have been on the hunt for a new partner for the seemingly eternal Sergio Ramos.

Raul Albiol, now 34, is not a long-term option, while Iñigo Martinez and Diego Llorente perhaps just fall short of the elite standards required to marshall the backline of a world superpower.

Younger options like Unai Nuñez and Mario Hermoso are in the mix for Euro 2020 and beyond, while 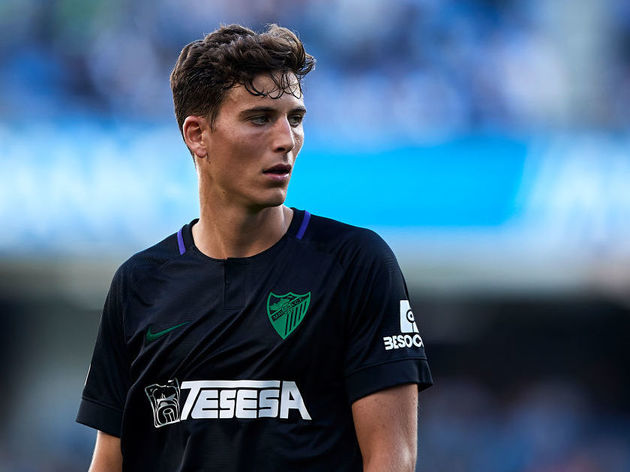 While he is relatively inexperienced in Spain's top tier, Torres caught the eye in Spain's Segunda Division with Malaga in 2018/19, playing every single game as the south coast side made the playoffs despite off-field difficulties.

"They [my teammates] ask the physios to take care of me a lot," Torres told ​Marca, when asked about his ever-present importance to his loan club.

Despite living on the picturesque Costa del Sol with all its opportunity for distraction, it is reported that young Torres also spent his post-training time devoted himself to studying the subjects that he had left behind in high school.

Overlooked for U21s This Summer

Despite his form with Malaga last season, Torres was not selected for the final Spain Under-21 squad that won the European Championships in Italy and San Marino this summer, with Vallejo, Mere and Nuñez preferred.

Torres, who has only one cap for the Under-21s has however leapfrogged many of his contemporaries with his form at the start of the new season. Somewhat amazingly - considering the club's success - Torres is the first-ever player born in the town of Vila-real (population around 50,000) to be called up for the Spain squad.

Starting with the Yellow Submarine ​at the age of six, Torres made his way through the club's youth levels before making his first-team debut in November 2017.

He received his Spain call-up from Robert Moreno despite playing only 10 games of La Liga football in his life, but his model of consistency and calmness under pressure has already seen him compared to Villarreal's other great academy products such as Bruno Soriano and Santi Cazorla.