​Arsenal legend Paul Merson hit out at German playmaker Mesut Ozil after the Gunners' surprising 3-1 defeat to Rennes on Thursday.

Despite being away in France, Arsenal 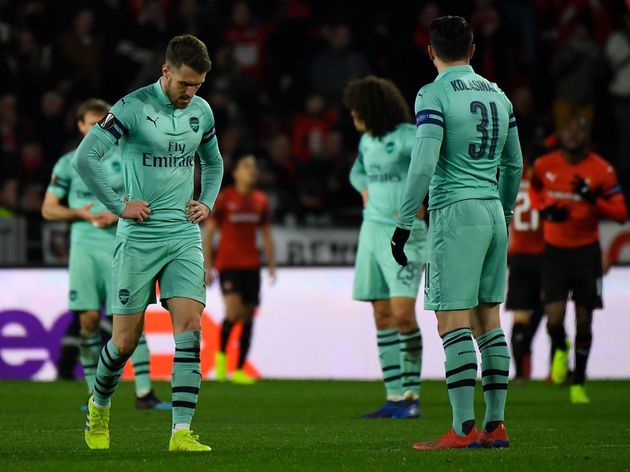 What followed was a second half capitulation by Arsenal as the mid-table Ligue 1 side scored three goals and ruthlessly dominated the rest of the game. Sky Sports pundit and former Arsenal player Merson was particularly critical of Ozil on talkSPORT, despite Unai Emery hauling the midfielder off with 20 minutes to go.

“You have got to take Ozil off, because now you are playing with nine and a half really.

“So I think he probably would have thought ‘I’ll come off here.

MESUT OZIL WAS SHOCKING… This fans believes Mesut Ozil was shockingly bad today… what do you make of that?#Rennes #Arsenal #AFC #AFTV

Merson also added that the Gunners have put themselves under 'severe pressure' going into the second leg, which will take place on Thursday at the Emirates. Emery’s side will need to score twice without reply to advance in the competition.

With regards to Ozil, tManchester United