​Arsenal goalkeeper Petr Cech has claimed that the competitiveness of the Premier League is the reason behind English clubs' success in European competition this season.

For the first time since 1971, England have six clubs in the quarter-finals of major European club competitions, with Tottenham, Manchester United, Manchester City and Liverpool doing so in the Champions League, while Chelsea and the Gunners did likewise in the Europa League. 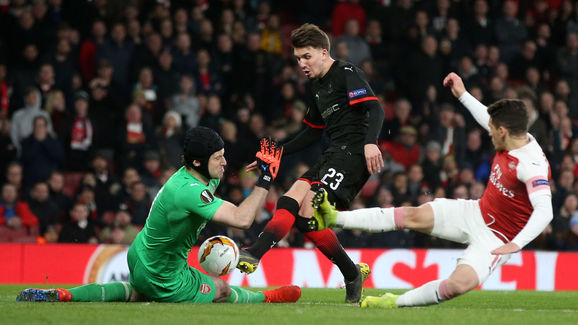 Speaking after ​Arsenal were drawn against Serie A side ​Napoli in the last eight, ​Cech has insisted that the intensity of Premier League games has benefited the top six in Europe.

As quoted by ​The Telegraph, he said: "

The Premier League is the first league to produce six European quarter-finalists in the same season since La Liga in 2015/16.

Best league in the world. pic.twitter.com/AmOh1kEGOi

*Please note, as soon as we receive official confirmation from Uefa on the match details, we will publish across our channels 