Petr Cech is what Arsenal need 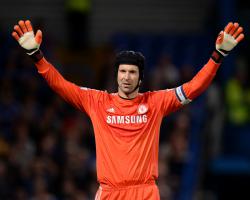 Richard Wright, Jens Lehmann, Manuel Almunia, Lukasz Fabianski, Wojciech Szczesny & David Ospina have all had a run in the jersey as number one goalkeeper at the Emirates but none have lived up to the expectations of Seaman who could save Arsenal time after time, although towards the end of his Gunners career, errors were creeping into his game.

There is no doubt Cech is a world class goalkeeper & if the fee rumoured to be correct at almost ÃÂ£11m for a player at the very top with another good 6 to 7 years left in his career, goalkeepers tend to play well into their late thirties, this would make the Cech deal an unbelievable piece of business for Arsenal, however Chelsea must be kicking themselves knowing they've sold a top player to a challenging rival

Cech, 32, is desperate to play first team football, with 114 caps for the Czech Republic, he made just 15 appearances in all competitions last season for Chelsea, compared to first choice goalkeeper Courtois who totted up 39 games.