​Arsenal striker Pierre-Emerick Aubameyang has reiterated his desire to bring the Gunners "back to the top" ahead of Arsenal's FA Cup third round tie against Leeds United on Monday night.

The Arsenal captain has been in prolific form since his arrival from Bundesliga side Borussia Dortmund in January 2018, finding the net 56 times in 90 appearances for the north London club.

However, then Gabon international has recently been linked with a move away from the club amid Arsenal's poor start to the season under Unai Emery. However, speaking in ​Arsenal's official matchday programme (via the ​Arsenal website), Aubameyang has distanced himself from a rumoured move away from the Gunners, stating he is "

“I would also like to react to some of the rumours that are going around about me in the media. People like making up stories and they should focus on what’s happening on the pitch. They talk too much and it does my head in!

“I am the Arsenal captain. I love this club. I am committed to it and desperate to bring it back to the top, where it belongs”, he continued. 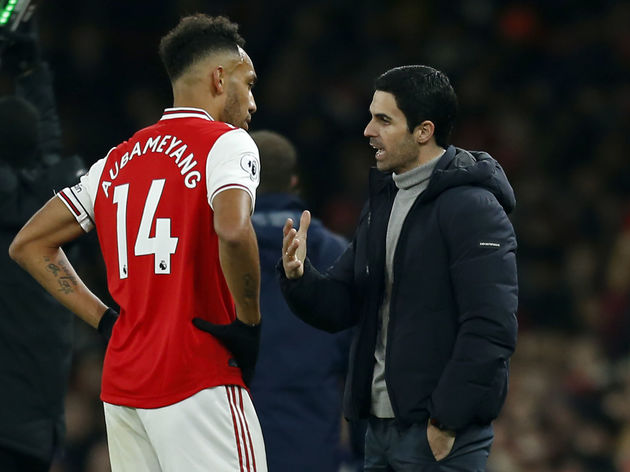 Since the arrival of Mikel Arteta in December, Arsenal's performances have improved drastically, cumulating in a comprehensive 2-0 victory over ​Manchester United on New Year's Day, to which Aubameyang played a pivotal role.

Despite their torrid start to the 2019/20 campaign, Arsenal are still fighting for trophies on two fronts (the FA Cup and Europa League) as well as continuing to pursue a Premier League top four finish.

The appointment of Arteta may have proven to be the turning point in the 30-year-old's decision to stay at Arsenal, as the Gunners look to return to Champions League football.