​Pierre-Emerick Aubameyang has revealed that his Black Panther goal celebration against Stade Rennais was because the mask represented both him and Gabon.

The Arsenal striker scored a brace on Thursday evening to ensure the Gunners overcame a 3-1 first leg deficit and book their passage into the Europa League quarter-finals. 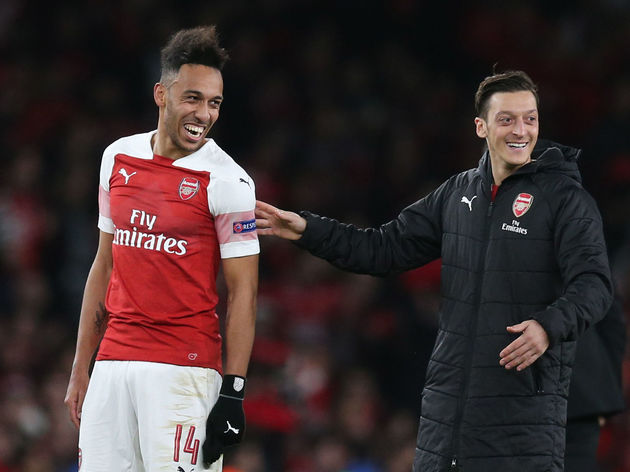 After opening the scoring from an Aaron Ramsey cutback, Aubameyang got his second of the night when he turned home a Sead Kolasinac cross in the second half to put ​​Arsenal 3-0 up on the night.

Having scored his second, the Gabon international grabbed a bag from behind the goal and pulled out a mask from the Marvel movie Black Panther, throwing up the 'Wakanda Forever' sign.

When asked about the celebration, Aubameyang told BT Sport (as quoted by the ​Evening Standard): "I needed something, a mask to represent me and the Black Panther represents me.

"In Gabon, we call the national team the Panthers so that's why I wore it."

He added: "We were a bit nervous. We took a while to close the game and I missed two chances but it was important to win tonight.

"The most important is that we won and everybody is happy and proud."

The 29-year-old has previously celebrated his goals by donning a mask, with his time at French side St Etienne seeing him reveal a Spider-Man themed mask, whilst at former club Borussia Dortmund, the forward produced a Batman disguise after scoring in the Bundesliga.