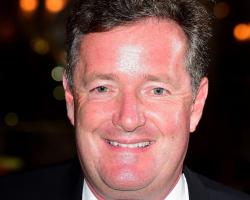 The Arsenal boss opted to rest Cech and instead played David Ospina in goal, with the Colombia international suffering a night to forget as the Gunners lost 3-2 to fall to the bottom of their Champions League group.

After a deflected opener for Olympiacos through Felipe Pardo and a Theo Walcott equaliser for the hosts, Ospina failed to deal with a simple corner from Kostas Fortounis and fumbled the ball over the line

Wenger's side now face a double-header against Bayern Munich with no points to their name and welcome Premier League leaders Manchester United to the Emirates Stadium on Sunday, with television host and Arsenal fan Morgan unhappy with the manager's decision

"In the summer, we signed one player

We were the only team of any substance in Europe who didn't sign a single outfield player," he told talkSPORT

So, what does he do? In a game that Wenger described as must-win, he dropped him.

"Why in a game that you have to win would you drop your only world class player?"

Wenger defended his decision after the match and insisted he did not need to explain why he had put former Chelsea man Cech on the bench for what many saw as a vital game for Arsenal.