Premier League Clubs to Debate Drastic Changes to Use of VAR

​All 20 Premier League clubs are set to meet next week to discuss potential changes to the way in which VAR is used, including potentially giving managers the chance to appeal a referee's decision.

While VAR has undoubtedly had some success since its introduction to English football, there have been plenty of controversial and contentious rulings since the start of the season which have left both fans and clubs feeling frustrated at the system.

The red line signifies Firmino and was aligned to his armpit, which was marginally ahead of the last Villa defender#AVLLIV pic.twitter.com/a2OnNWnz2E

According to ​The Telegraph, representatives from all 20 teams will meet to discuss changes, with many clubs looking for answers on how to eradicate all the controversy and problems which have resulted from VAR decisions.

The idea of allowing managers three appeals during the game - a process which is used in other sports - will be suggested, although the ​Premier League will argue against implementing such a practice amid fears it would just lead to time-wasting.

There is even a suggestion that some clubs will push to see VAR removed from the game until the issues can be ironed out, although it is said that most want to see VAR given the chance to improve as they feel it has the potential to be a huge benefit to the game.

The VAR identified a clear trip that impeded Deulofeu's progress in the penalty area and because no penalty was awarded on the field, the referee overturned his decision#WATCHE pic.twitter.com/Eivtgqc97K

Nevertheless, most will demand solutions to the current issues, with some clubs even set to question whether England is properly equipped to use VAR.

The Premier League are understood to be willing to change the VAR procedure and they will listen to advice from all 20 clubs, although they are not prepared to suspend the system. Instead, one of the main topics will be the use of pitchside monitors. 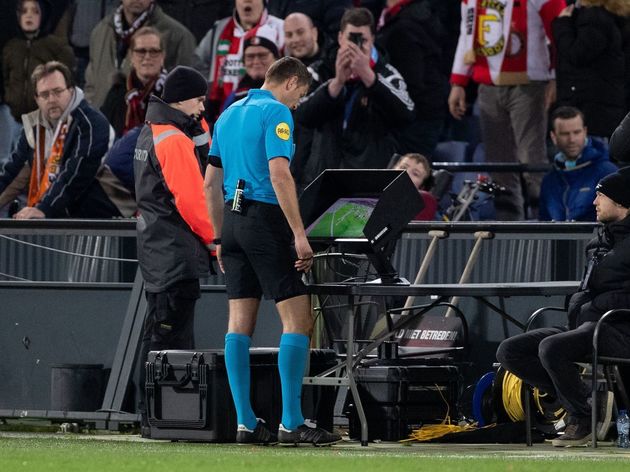 As it stands, referees are encouraged to avoid looking at the screens to try and minimise delays, but there is a belief that allowing them to do so would reduce the amount of controversial decisions.

Alongside the use of monitors, the Premier League will also welcome other suggestions, such as replaying all VAR incidents on screens in the stadiums for fans to see, in the hope of finding a system which pleases everyone.