Premier League Top Scorers 2007/08: What Happened Next? Where Are They Now?

​In one of the odder transfer stories of the day, former Arsenal, Man City and Spurs striker Emmanuel Adebayor (now 35) appears to be off to Paraguay to play for Olimpia as they seek Copa Libertadores glory.

That on its own is intriguing but combine it with the nugget that Olimpia's captain is 38-year-old Roque Santa Cruz - his former City striker partner - and it becomes a wonderful trip down Premier League nostalgia lane.

The two scored 43 Premier League goals between them in their pomp during the 2007/08 season with Arsenal and Blackburn respectively, before linking up at the Etihad later on.

Big  in Paraguay: former Arsenal, Man City, Real Madrid & Spurs FW Emmanuel Adebayor will head off to Paraguay to play for Olimpia as they look to go all out in the Libertadores.

The Togolese will reunite with his former City teammate & captain of Olimpia, Roque Santa Cruz. pic.twitter.com/Z5OLThb2MR

It was also, rather curiously the last year there were no Englishmen in the top ten of the Premier League scoring charts. Huh.

Here's who dominated the charts back then and what happened next. Relatively obscure Portuguese forward who left the Premier League a year later. He's still going in his mid-30s, apparently at Juventus...which is in Italy.

According to Google, he's won the odd trinket here and there, which is good going as he recently said in an interview that ​he expected to be a fisherman by age 35. 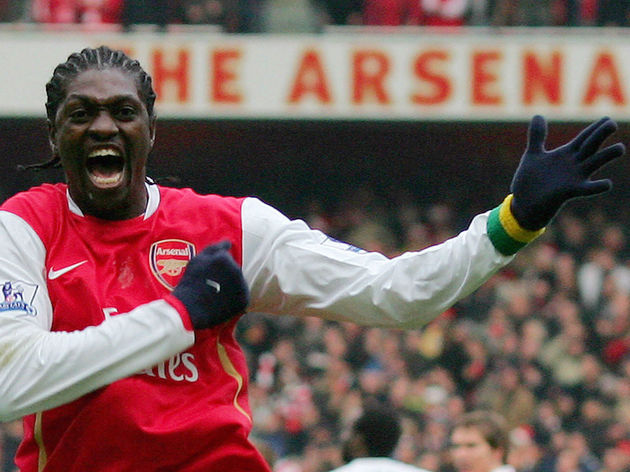 2007/08 was, without much doubt, Adebayor's best season in the Premier League as the forward bagged 24 in 36 games.

He later went on to star for City, after his controversial £25m move from Arsenal, and had furniture thrown at him after scoring against his old club in one of the top flight's most iconic ever moments.

Spells at Tottenham and Crystal Palace followed, while he (infuriatingly) left the Premier League just shy of a century with 97 goals.

After spells in Turkey, he ​could be on his way to Paraguay.

Curiously, his only career silverware to date is the 2011 Copa del Rey, which he won on loan at Real Madrid. 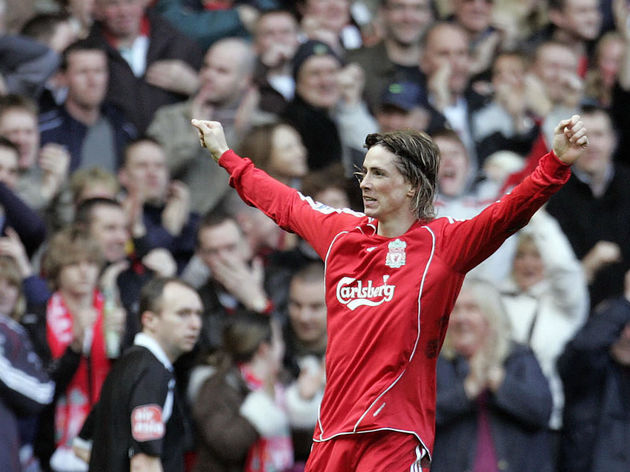 ​Liverpool used to struggle with goalscorers. However, after years of Milan Baros, Djibril Cisse and Fernando Morientes to name just a few duds, along came Fernando and everything was good again.

After 65 goals in 102 league games for the Reds, Torres only scored 20 in 110 for Chelsea - though he did give Gary Neville an on-air orgasm once.

Following a strong spell back at boyhood club Atletico Madrid, the World Cup and Euros winner spent two seasons in Japan, where he retired last year. Devilishly handsome and lethal in front of goal, Blackburn thought they'd picked up the catch of the century with £3.5m Paraguayan Santa Cruz in 2007.
​
​Though he tailed off after his maiden campaign, Big 'Sat Nav' - a nickname born out of a printing error - scored 23 in 57 Premier League games for Rovers before joining City for big money.

He later spent time at Malaga on their ill-fated Champions League sojourn, Real Betis, Cruz Azul in Mexico and now Olimpia Asuncion in his homeland. A record-signing for Everton at the time, the Yak scored goals wherever he went.

After success with Portsmouth, Middlesbrough, Blackburn and Leicester as well as the Toffees, the Nigerian enjoyed spells with Guangzhou R&F, Kayserispor and...well, Coventry, before retiring in 2012. 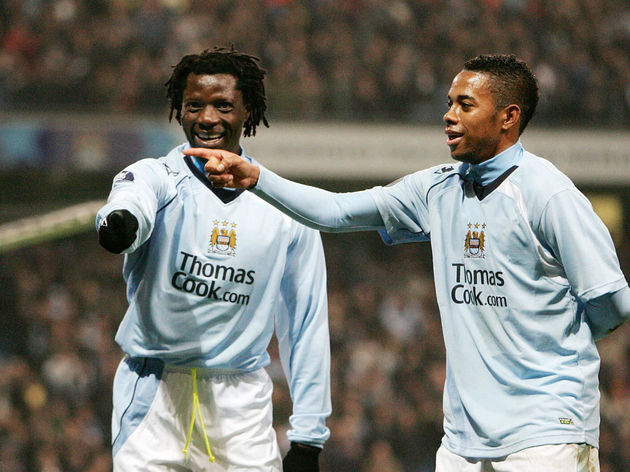 It's kind of hard to imagine Manchester City shelling out for a flavour-of-the-month Portsmouth striker these days, but that's where we were at in 2008.

The Zimbabwean pointing-enthusiast hit a hot streak for Pompey just at a time when City were signing everything that moved in search of success. Somewhat predictably, he didn't really last at the Etihad and was loaned off to Sunderland after seven goals in 31 games.

Benjani spent most of the rest of his career in England, where he still lives post-retirement. He scored the equaliser in Vincent Kompany's testimonial last year. ​A shoo-in for the Premier League's all-time Suavest Bastards XI, Berbatov was so technically gifted that running seemed uncouth.

He scored beautiful, beautiful goals at Spurs, Manchester United (after being stolen from the fingertips of rivals City on deadline day) and Fulham. It was at the latter where he was relegated in 2013/14, when it turned out that a front line of Berbatov, Adel Taarabt and Bryan Ruiz might not be a great idea defensively.

After spells at Monaco and PAOK, he ended his career in Kerala Blasters in India in 2017/18 - ​where an amusing spat with player-coach David James ensued. 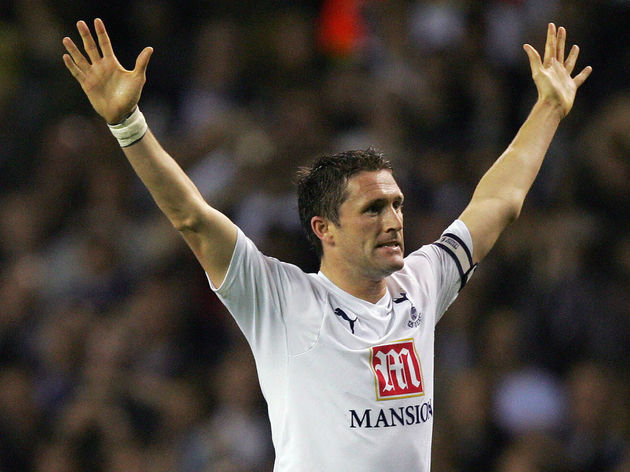 The fourth player to bag 15 Premier League goals that year, Robbie Keane was a top-flight fixture for a decade, turning out, scoring and doing roly-polies for over a decade with Coventry, Leeds, Tottenham, Liverpool (briefly), Tottenham (again), West Ham and Villa. 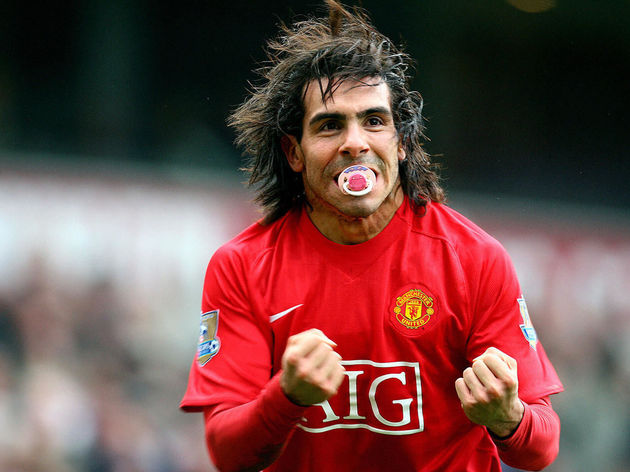 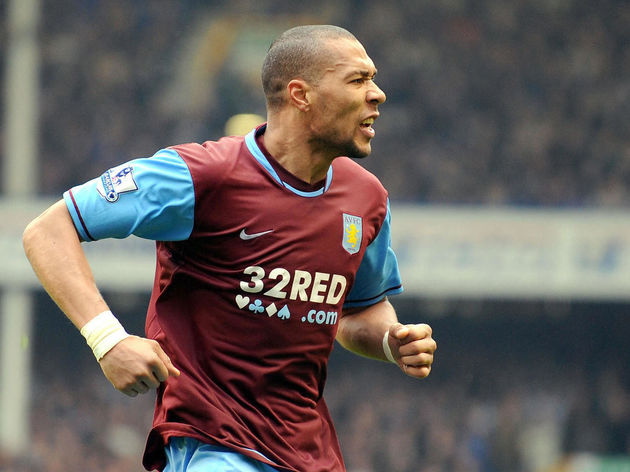