​Ajax star Quincy Promes has fuelled rumours of a possible move to the Premier League by suggesting he is open to the idea 'in the future'.

The tricky forward has been in scintillating form for the Dutch club this season after arriving from Sevilla this summer, scoring eight goals in 12 league appearances and starring heavily in his side's dramatic 4-4 draw with Chelsea in the Champions League.

Promes opened the door to a move to the English top flight during an interview following Ajax's incredible result in west London, and as reported by Goal, the 27-year-old did not rubbish the prospect of a Premier League switch when questioned about the possibility. Premier League leaders ​Liverpool and ​Arsenal are both reportedly tracking the winger's performances with interest, and Promes' wonderful opening spell in the Netherlands will have attracted their attention as he continues to impress following a difficult year in Spain.

Promes managed only three goals in all competitions for Sevilla, and left the Spanish club after just one season.

Ajax have made an excellent start to the new Eredivisie campaign, winning ten of their opening 12 matches, and Erik ten Hag's men have already opened up a six-point gap ahead of the chasing pack.

Ten Hag's side also sit joint-top of their Champions League group, alongside Chelsea and Valencia on seven points, but the Dutch champions could have been ahead of their competitors if not for their three-goal collapse at Stamford Bridge. 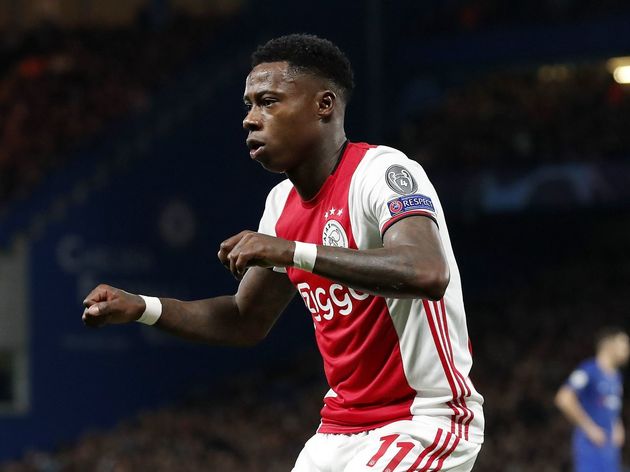 The game turned on its head within the space of a minute, when Ajax conceded a penalty and received two red cards, and Promes confessed that he was 'not happy' with the referee's decisions.

He added: "I think you should watch back what he did and for us we just feel like we deserve more. We are supportive, we are professionals and we shake hands but we are not happy with it."