The second fastest player in Arsenal history to reach 50 goals for the club, Aubameyang was handed the captaincy this week when manager Unai Emery decided to take the armband from Granit Xhaka. 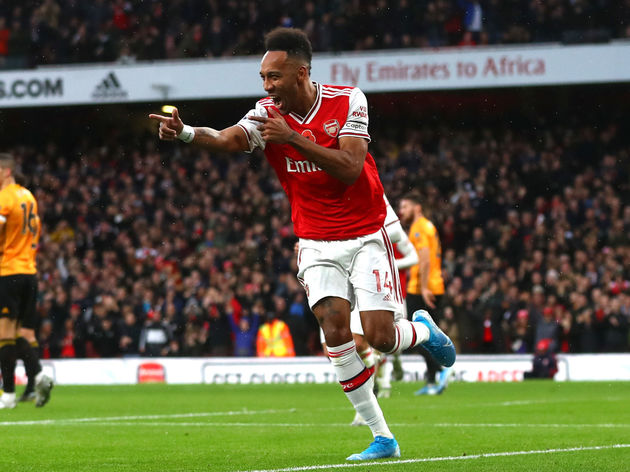 But there had already been recent questions asked about the new skipper’s own future at the Emirates Stadium, less than two years after his club record £56m arrival.

Aubameyang is out of contract in the summer of 2021 and it has been claimed just this week that he and strike partner Alexandre Lacazette have both so far resisted agreeing extensions with the club in order to keep their options open.

The doubt is said to stem from a concern over Arsenal’s failure to qualify for the Champions League, which again looks a likely scenario after a poor start to the 2019/20 campaign.

By the end of this season, Aubameyang would have just a single year left on his current contract, which could force Arsenal’s hand if the club hasn’t met, or at the very least is showing no signs of being able to meet, his personal ambitions on the pitch. 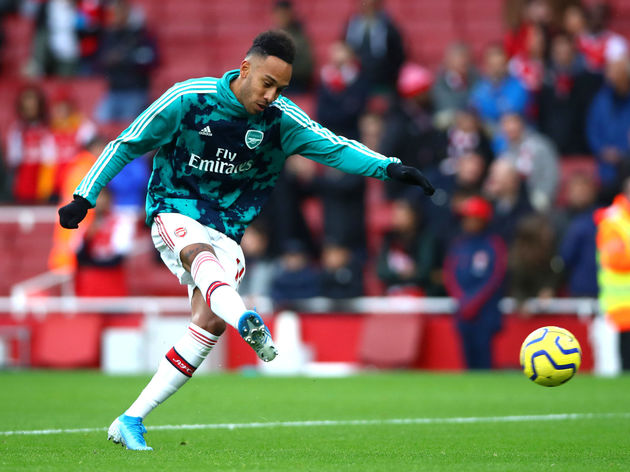 Spanish outlet El Desmarque has identified the 30-year-old Gabon international as a target for Real Madrid president Florentino Perez to add ‘dynamite’ to the attacking line-up at the Bernabeu.

The Spanish outlet happily points out that Arsenal are nowhere near challenging for the Premier League title, despite Aubameyang’s goal contribution, and are in serious danger of missing out on Champions League qualification for the fourth consecutive season.

More interestingly, El Desmarque alleges that Arsenal have a ‘promise’ with Aubameyang that they will consider suitable offers if he wants to leave. The price given is €80m (£69m).

Certainly, if Aubameyang is looking to try his hand elsewhere, Arsenal would be foolish not to at

least consider offers if they are unable to convince him to sign a new contract. For Real, lowering that €80m fee would be of importance, which is where the suggestion of adding James Rodriguez into the mix comes in. Including the Colombian’s value, who has only started four of 12 La Liga games this season, would bring the cash outlay down.

However, that scenario would hinge on Arsenal actually wanting Rodriguez, which is less than clear.