​Arsène Wenger suffer at the hands of his critics while in charge of the Gunners.

Van Persie was signed by Wenger in 2004 following the club's famous 'invincible' season and went on to enjoy eight years at the club. However, he only lifted one trophy in his time in north London - the FA Cup in 2005 - during a barren period.

The former Dutch international scored 96 league goals for Arsenal but left for Manchester United in the summer of 2012 - the season after he picked up the Golden Boot for the Gunners - with the aim of winning a maiden Premier League title, which he achieved in his first season at Old Trafford, scoring 26 goals on the way. 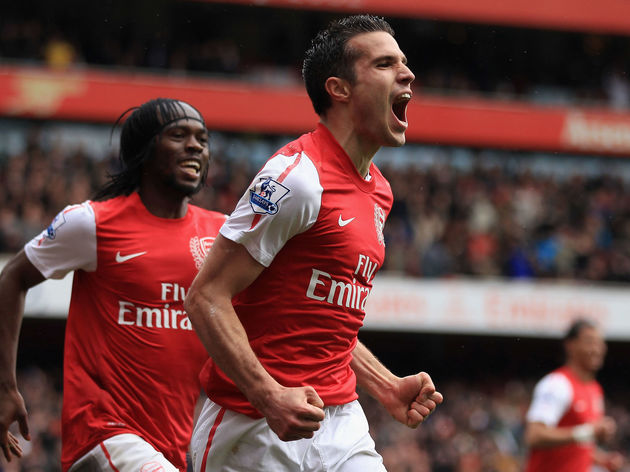 During his time at Arsenal, Wenger came under increasing scrutiny each year as the lack of success wore on, which is something Van Persie really felt while playing under the Frenchman.

According to The Athletic, as reported by the ​Express, this treatment of his former manager has impacted his desire to go into coaching.

He said: “Arsène was very special to me, he’s like my football dad.

“I had the privilege to work with him for eight years in a very crucial time of my career, and he was great.

“Right now, I’m wondering if I want to be a coach and, having watched Arsène, I think 'do I want to suffer like that? Do I want to become a coach?'” Van Persie, who finished his playing career with the same side he started it with, Feyenoord, is therefore unsure whether to take the plunge into the football coaching world and is currently working as a pundit for BT Sport, away from the stress of management.

The Dutchman, who ended up scoring 48 ​​Premier League goals for Arsenal’s rivals Manchester United, was speaking at the Nordoff Robbins awards dinner in London on Monday which was honouring Wenger’s 22 years managing Arsenal.