​Ryan Fraser is prepared to quit Bournemouth this summer, with several of the Premier League's top six clubs interested in acquiring the winger's services.

Fraser has been a loyal servant to the Cherries since his move from Aberdeen in 2012, with a brief loan spell at Ipswich Town the only interruption in seven years of service for the club. A period that has seen him represent Bournemouth in League One, the Championship, and the Premier League. 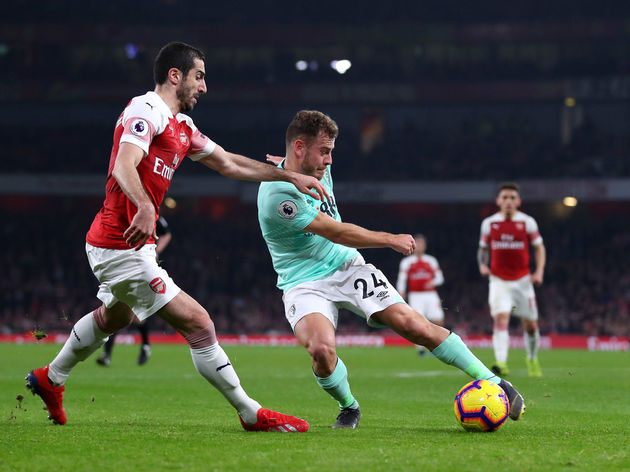 However, it is the most recent season that has seen the diminutive Scot really start to turn heads with his performances. Thus far, Fraser has racked up seven goals and 13 assists this campaign; the latter of those stats putting him on par with the likes of Eden Hazard, Christian Eriksen, and Raheem Sterling.

Chief amongst these suitors are Arsenal. The Gunners have been long term admirers of Fraser, and with the departure of Aaron Ramsey

The stats certainly seem to suggest that Fraser will add a creative spark that the current crop of Arsenal talent has sorely lacked this year. The Scot has produced almost as many assists on his own as Arsenal's top three midfielders combined this year.

It also appears to be a move that Fraser himself would be very interested in. Speaking about the link with Arsenal recently, he admitted : "It's very nice (to be linked with Arsenal).

"It means you're doing something right. They are a huge club, a massive club." However, Chelsea and Tottenham - two of Arsenal's fiercest rivals - have also recently begun monitoring Fraser's form. With the three clubs currently locked in a battle for the remaining two Champions League qualification places, the lure of European football's elite competition may be a big factor in where Fraser decides to play his football next season.

Fraser will undoubtedly be looking to impress one of his potential suitors this Saturday, when Bournemouth welcome Tottenham to the Vitality Stadium.