Santi Cazorla: The Spanish Magician Is Exactly the Player Arsenal Are Crying Out for This Season

​Santi Cazorla, the footballer's footballer. The Spaniard has had a long road back to the top, but he is most certainly back.

He first suffered pain in his ankle back in September 2013 while playing for Spain and the problem only grew worse as time progressed, despite his best efforts to resolve the issue.

Problems continued to arise from the Achilles injury, with the issue escalating and eventually requiring as many as 11 operations and a skin graft that used tissue on the forearm. 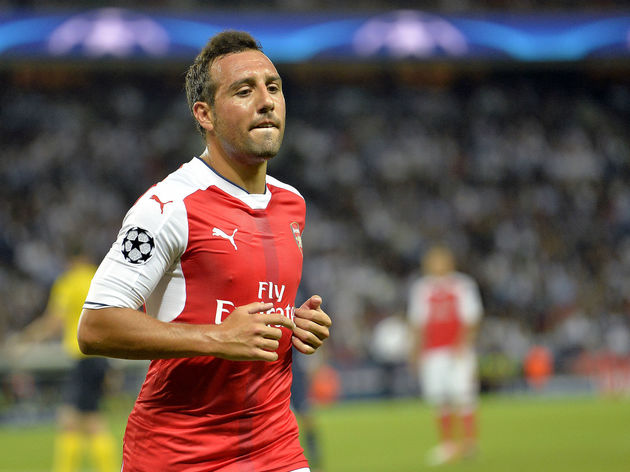 Cazorla went 636 days without playing a football match, with many even expecting him never to play top-level football again. In fact, medical doctors informed him he shouldn't expect to return to professional football. He told ​Marca in 2017:

Every time he was patched up, the wounds (images of which were later shared on social media) would open up again. Cazorla has even reflected on the times he couldn't help but cry from the excruciating pain that he was in at half-time in matches.

And yet somehow, after all of this, Cazorla managed to return to action. The Spaniard is regarded as one of the gentlemen of the game, with his beaming smile and passion there for all to see. However, it was his sheer grit and determination to get back to doing what he loves that ensured he overcame this horrendous injury.

It is one of football's most heartwarming stories.

No one would have blamed ​Cazorla for perhaps struggling to get to grips with the demands and work needed to get back to the level he was at. Instead, the football community felt proud to have even witnessed such an astonishing recovery.

However, such is the desire and tenacity of the midfielder, he wasted no time in trying to get back to his lofty heights. After being released by ​Arsenal, he trained with Alaves' youth team in order to boost his fitness, before eventually being re-signed by Villarreal.

The magician - who was unveiled on the Estadio de la Ceramica pitch as part of a magic act - ended up featuring heavily for the Spanish outfit in the 2018/19 season, making 35 appearances in La Liga. But, more impressively, he managed to bag four goals and provided ten assists. Cazorla dominated opposition midfielders and defences throughout the season - he meant business. As a result of his monumental performances, he was voted the club's Player of the Season, as he helped stop the Yellow Submarine from sinking down to the second tier. The 34-year-old has made an equally, if not better, start to the 2019/20 season, as well. In ten La Liga games, he's managed four goals and four assists - and he's the top assist maker in the league to this point. This is hardly surprising considering the fact that he's already created a whopping 30 chances for his teammates this season.

However, Cazorla has proven that he is equally capable of providing the goods on the biggest stage. The Spaniard produced a moment of magic as he fired in a 35-yard stunner to bring Villarreal back into the match against ​Barcelona at Camp Nou. How's that for performing on the biggest stage?

As he received the ball, he swiftly turned and unleashed a venomous shot with his 'weak foot'. While this was stunning, what followed was even better. As Santi Cazorla departed the field, the Barcelona fans stood to applaud the little technician. It's not often you see that from a Barça crowd, but his performance and attitude was worthy of it.

What's more, it wasn't just La Blaugrana that were applauding him, it was Arsenal fans too. Upon discovering his hugely impressive performances in La Liga, Gunners fans have taken to social media to voice their frustration over the club's decision to sell the player.

The truth is, they should be frustrated. That's because Cazorla is just the player Arsenal are missing this term. Often playing with Granit Xhaka, Matteo Guendouzi and one of Joe Willock, Dani Ceballos or Lucas Torreira, the creativity in the midfield is severely lacking.

What a strike from Santi Cazorla! The little Spaniard seems to be getting better and better with age. Yup, Arsenal let him go! So typical of them. #BarcaVillarreal #Barca #Cazorla pic.twitter.com/eWc6TdMzk7

In terms of big chances created in the league, new signing Nicolas Pepe has created the most (3), but after that, the players with the second-most are...Calum Chambers and...Ainsley Maitland-Niles. They are then followed by, erm...Sokratis.

While Ceballos was brought in to address the void left by Cazorla, he is yet to really gain the manager's complete trust and, as a result, is struggling to cement a place in the first team. The Spaniard has already shown glimpses of what he can do, but the north London side are clearly still missing the presence and impact of the former Gunner. A return to the club appears highly unlikely, despite his love for the fans and the team. However, his aforementioned qualities will have undoubtedly aided a lethal front three of Alexandre Lacazette, Pierre-Emerick Aubameyang and Pepe.

It is a case of what could have been, but it is a reminder of just the type of player the Gunners require. As for Cazorla, he is loving every second of every match, and he appears to only be getting better with age.