​Fans always believe that their wonderkid is the best around, and there's a real debate at the minute involving Manchester United, Arsenal and Tottenham Hotspur fans.

United have Scott McTominay, Arsenal have Matteo Guendouzi and Spurs have Harry Winks. All three are good players, but who's actually the better player? His determined mentality, coupled with ​United's dire run of form, has seen McTominay blossom into a real leader for the Red Devils this season.

Powerful in midfield, the Scot is a real destructive force on the defensive end, and you will often see him flying around the midfield to recover possession or intercept a pass. An incredibly disciplined midfielder, United are right to rely on him at the back.

His energy helps him in attack, and he's good enough on the ball not to slow down his team's progress. Is he an elite passer? No, but that's not his job. He is the energy in midfield, and he certainly brings that.​ Ever since his days in youth football, Guendouzi has attracted plenty of praise. A versatile midfielder, Guendouzi is comfortable doing pretty much any job you ask of him.

Being a box-to-box midfielder, the Frenchman is required to do a lot of different things on the pitch. Comfortable on the ball, you will often see him drifting between the lines to keep ​Arsenal moving forward. He boasts the vision, awareness and passing ability to kick-start moves with ease.

The 20-year-old is a good defender, but only when he wants to be. Lapses of concentration often see Guendouzi's positioning go out the window, and a lack of discipline sometimes leads to unnecessary fouls and problems for his team. He has the skills, but needs to work on his mentality. 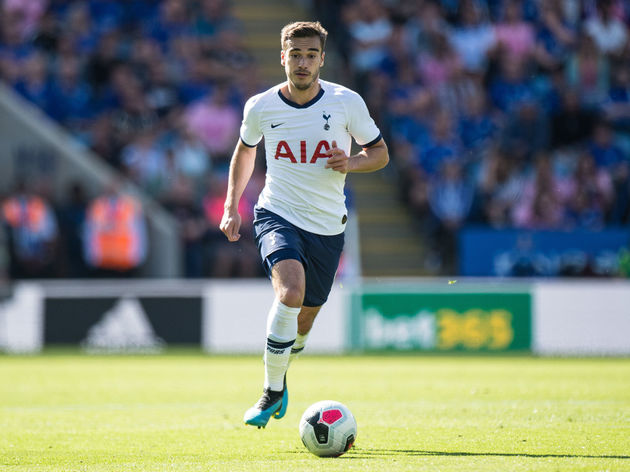 23-year-old Winks has played 110 games for ​Spurs and has three England caps to his name, but it still feels like nobody really knows what he does during a game.

Winks, like the rest of those in this debate, is a solid defender who boasts the kind of positioning and awareness which most players, including actual defenders, can only dream of.

On the ball, Winks is a competent midfielder. His passing is acceptable and that's about it (despite what many fans will confusingly tell you). He can burst forward on occasion, but he's not the man to unlock a defence with a stunning through ball. He's the anchor man. All three players have similar, yet different roles. Winks is the out-and-out anchor, McTominay is the midfield enforcer and Guendouzi is the box-to-box talent.

In defence, McTominay appears to be the most reliable option. The 22-year-old's physicality and energy are fantastic, and he has proven to be an outstanding tackler when he wants to be. He trumps both Guendouzi and Winks in this category.

In attack, Winks is almost certainly out of the question. Between McTominay and Guendouzi, you'd have to go with the Arsenal man. Guendouzi has the vision and movement to make a real impact in attack. Out of all three, he seems to have the highest potential.