You may not know, and you definitely don't care, but it's draft day in the NFL.

And I'm going to guess that 'draft day in the NFL' means absolutely nothing to you, so here's a little explainer:

Draft day is when the 32 teams in the NFL (the big massive American football league) have a chance to pick the best young players from the college game in order to improve their team ahead of the new season. These picks are made reverse order, so the worst teams gets the first pick of the draft, and the best team gets the last.

To commemorate this day that you couldn't care less about, we at 90min - at the zenith of boredom - have decided to try and create our very own young players draft. Ours though, is a little bit different.

We have decided to give the Premier League's 20 clubs the opportunity to take their pick of the 20 best young players (a list of which can be found ​here) who are currently plying their trade on the continent. And here's how we think that would go: With the first pick of the draft, Norwich City select the best young player in the world: Kylian Mbappe.

Mbappe takes to the stage, puts on a bright yellow Norwich City hat before insisting that it's always been his dream to play in Norfolk, the home of his boyhood hero Alan Partridge. Next up is Aston Villa, who nab the only competent number nine on the draft board.

When Villa's pick is read out, Steve Bruce - who was hoping Haaland would be his Joelinton replacement - lets out a harrowing scream and then runs over to the forward as he walks toward the stage. Just as big Brucey is about to grab Haaland however, Tyrone Mings hacks Bruce down with a sliding tackle - his eighth successful tackle of the season. Eddie Howe takes Sancho with the third pick of the draft and proceeds to do a knee slide celebration.

The Vitality Stadium is smaller than the Yellow Wall rating: 10/10 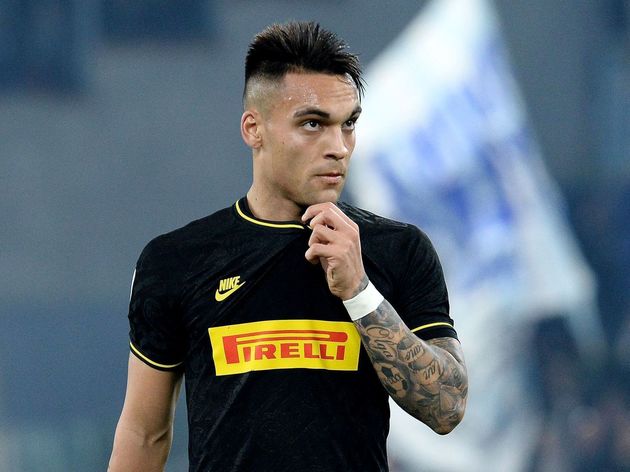 Lautaro Martinez is next off the board, and it's safe to say that's bloody delighted with his move to Watford.

He walks up onto stage wearing a Gryffindor gown and holding a wand, and says that he can't wait to go to the Harry Potter Studios. David Moyes picks Frenkie de Jong, who refuses to go up to shake hands with 'that useless Irn Bru drinking b**tard'. Noticing this, Mark Noble grabs De Jong by the collar and drags him onstage to get his West Ham hat and contract. Brighton fans rejoice; Felix asks his friends what a 'Brighton' is. Having conceded 52 goals in 29 games this season, Ralph Hasenhutl thinks it's about damn time that he signed a player who could actually defend.

Mino Raiola joins De Ligt onstage and exclaims that his client is not happy at Southampton and has handed in a transfer request. Steve Bruce hobbles onto the stages in a cast. He looks through the players available and sees that Luka Jovic is the only number on the board...

...He considers picking him...

Instead he picks up the best player available: Kai Havertz Carlo Ancelotti takes to the stage, stands with the microphone in hand and says: "With the ninth pick of the draft, Everton select Gianluigi Donnarumma. That's right Jordan Pickford, you're done, you t-rex armed little sh*t." Roy Hodgson knows what the people of south London want. They want pace. And that's what they'll get.

Alphonso Davies is picked up by Crystal Palace, and in the blink of an eye he's standing before Roy wearing a red and blue hat. And they get just that.

Tonali is selected by Man Like Robbie, who greets the Italian youngster onstage:

"HOI! Here is your red style Arsenal cap. It's gonna be reallllllll." Jose Mourinho comes onstage to a chorus of boos from the crowd. He shouts "respect!" into the microphone, only to be greeted by even louder boos. After Mourinho is booed off the stage, Chris Wilder comes onto it to deafening cheers.

He laps it up before picking the best young attacking midfielder in Italy: Nicolo Zaniolo. Nuno Espirito Santo says that he is disappointed that there are no Portuguese players left on the draft board, so he selects the next best thing: someone who can speak Portuguese. The most talked about pick in the draft because, well, it's Manchester United.

For months every journalist and their dog has insisted that they know exactly who United are going to pick.

Everyone guessed it would be a midfielder...but which one?

With the 16th pick of the draft, the Red Devils select Federico Valverde. Neil Custis bursts into the arena and shouts: "I told you so! All you Athletic losers can go to hell!" He is quickly ushered out by security.

'You Won't BELIEVE What Gary Neville Said About THIS Draft Pick - Details Inside' rating: 10/10 Big Frank Lampard knows Chelsea need a centre back and wide midfielder...and probably a forward too...but there's one player left on the draft board who's just too good to turn down.

His name is Martin Odegaard, and his friends call him Marty (probably). Brendan Rodgers' music plays (Phil Collins 'Another Day in Paradise') and the man himself takes to the stage.

"Hello everyone. With Leicester City's pick tonight, we wanted a player with immense character. A player with an extraordinary talent for the extraordinary. A player who isn't just a player, but is a human being as well - a beautiful one. So, I am happy to say that we have selected the beautiful Ousmane Demebele." Pep Guardiola hails Eduardo Camavinga as 'the best footballer he's ever seen' and nabs him for Manchester City. And last, but not least, is Liverpool.

Jurgen Klopp takes the mic and begins to ramble on about dishwashing and eggs: "