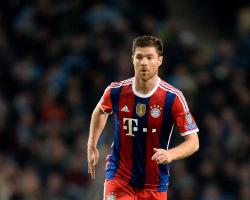 The 34-year-old Spaniard who started his professional career at Real Sociedad before particularly successful spells at Liverpool and Real Madrid.

The Premier League season has been a difficult one to predict with the champions consigned to the bottom half of the table and clubs like Leicester City upsetting the establishment and remaining joint top on points with Arsenal.

The fact that Arsenal are where they are and given they have often been better in the second half of the season the omens are good, but then this is not a season of averages and known quantities

This season could be won or lost this January with business on and off the pitch.

Alonso seems interested in Arsenal as cited from the Telegraph and says that he is kept upto date on the goings on at the club by his friend Mikel Arteta:

ÃâI follow him very closely because we have kept in touch forever, from when he move from Everton to Arsenal,Ãâ Alonso told ArsenalÃâs official YouTube channel.

ÃâI want to know how it works there in Arsenal, and heÃâs enjoying it so far.Ãâ